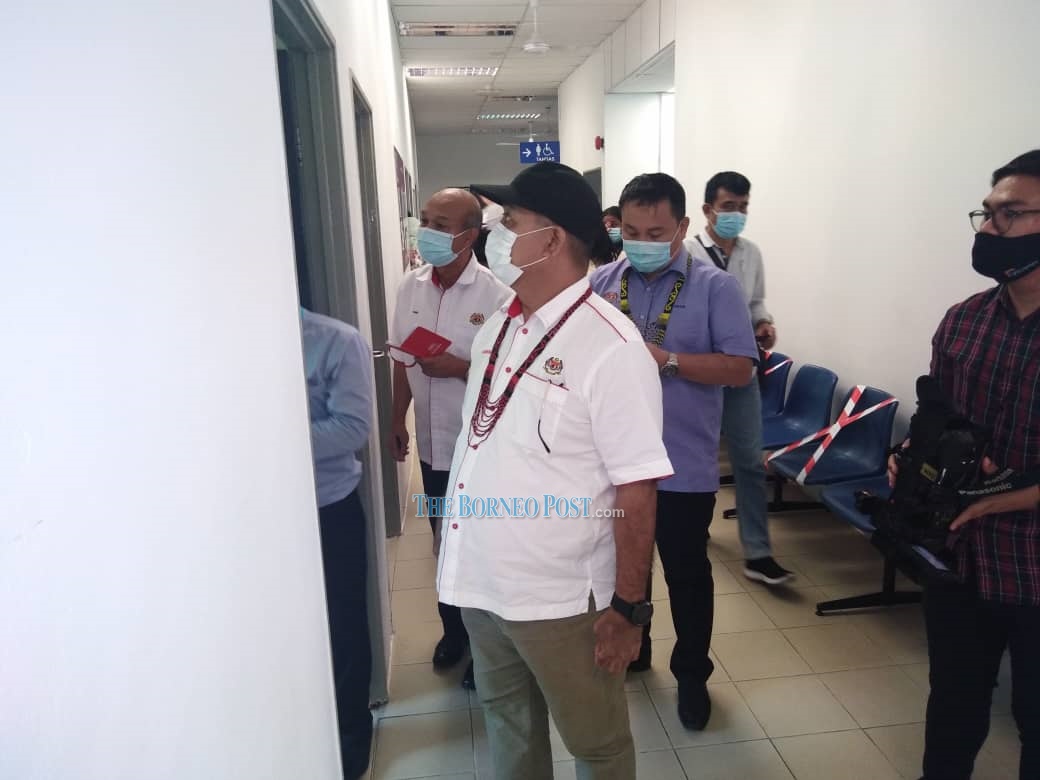 Aaron taking a look at one of the rooms at the clinic.

KUCHING (Dec 28): The Ministry of Health will look into ways to resolve all issues affecting the health clinic in Teng Bukap in Padawan near here, said its Deputy Minister Datuk Aaron Ago Dagang.

He said a few issues were brought up to his attention during the briefing.

He said one of the main problems faced by the clinic was occasional flooding during heavy rain due to the small drainage system.

“However, it is not urgent or big issue and it can be solved by building bigger drain.

“We are planning. Together with the Puncak Borneo MP, Willie Mongin, we will work out a proposal to resolve the flooding issue,” he told reporters after the briefing and walkabout in the building.

Aaron said he was glad to know that the health clinic in Teng Bukap was well staff.

He said the Teng Bukap health clinic is a Type 6 clinic but it already has three doctors.

He said if compare to other health clinics in rural Sarawak, the health clinic in Teng Bukap, which receives daily outpatients of between 60 and 100, is considered already have many doctors.

“It’s not easy to get doctors in rural clinics. But this clinic is very well-staffed,” he said.

Aaron said he had come to visit and see for himself the clinic upon invitation of Deputy Minister of Plantation Industries and Commodities Willie Mongin when they met in Parliament.

He said based on the briefing, he was satisfied with the medical services at the clinic because compared to the previous clinic, the new clinic was far better in terms of facilities and services.

“I think this is one of the modern clinics in the rural areas and and I was told in the briefing that the services had improved a lot,” he said.

Willie thanked Aaron for accepting his invitation to visit the clinic.

With the commitment by the Deputy Minister to help look into the issues affecting the clinic, they would bring up the matter to Drainage and Irrigation Department (DID) and Public Works Department (PWD) for them to look into the poor drainage and other minor problems like cracks on the wall to prevent big flood from occurring and further damages to the structure.