Tuesday, May 17
You are at:Home»News»Metal objects at Lutong beach may be relics from Japanese Occupation 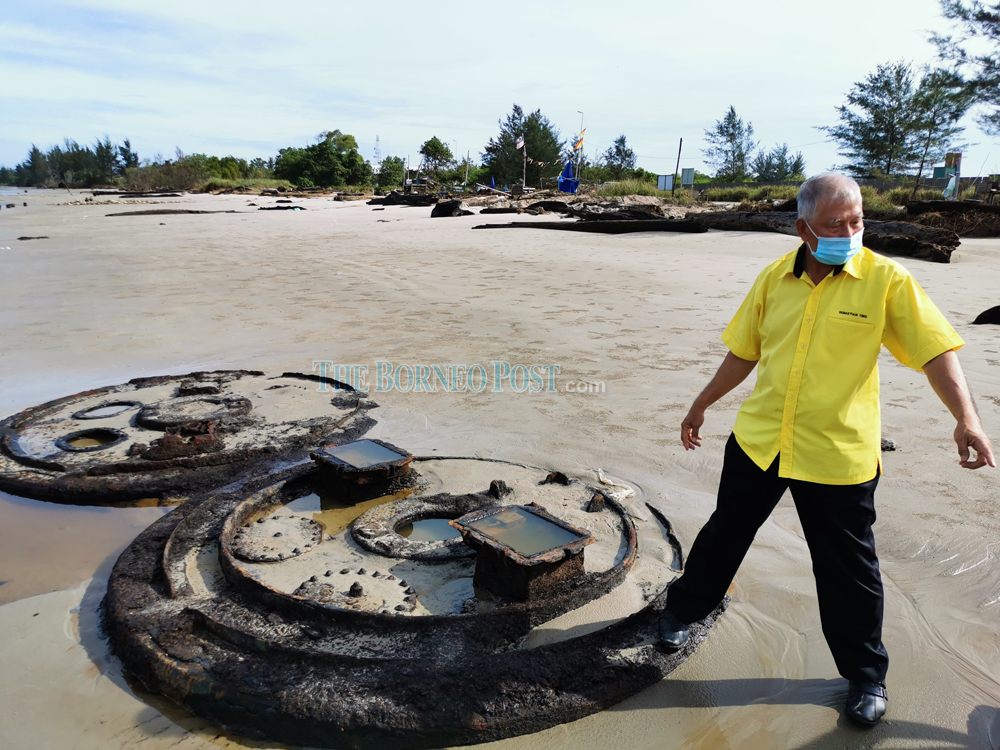 Ting checking out the metal objects during a visit to Lutong Beach on Monday.

The Piasau assemblyman said following a tip-off by the public on the discovery, he was introduced to John Hii who is a retired senior oil and gas employee.

“Hii came to Miri in 1981 and he had done some research about this. According to him, it could possibly be a hidden underground bunker built by Japanese soldiers during the occupation between 1941 and 1945.  He promised a detailed write-up on his discovery which I am very much anticipating,” said Ting yesterday.

The metal ‘tanks’, he added, was first noticed about two months ago by frequent visitors to the beach after small sections were revealed onshore.

“Those who kept track of the discovery said that due to erosion, more of the tanks’ surface became obvious and now, huge parts have been unveiled,” he said.

Ting suggested that a small committee be formed to investigate the source of the metal tanks, and to document their background and historical value, if any.

“Apart from all the excitement, it also important for us to take note that the beach erosion has become more serious and that it is time put in efforts to protect Lutong Beach.”

Meanwhile Councillor Peter Chia, who works in the oil and gas industry, believes there is a possibility that the metal objects are parts from an oil and gas offshore platform.

“Judging from the photo, I cannot confirm, but there is some resemblance that they could be from the offshore platform oil well head structure parts that have been decommissioned,” he told reporters.