Saturday, January 16
You are at:Home»News»20 pct of 1,500 food premises around Kuching closed down – coffeeshop association member 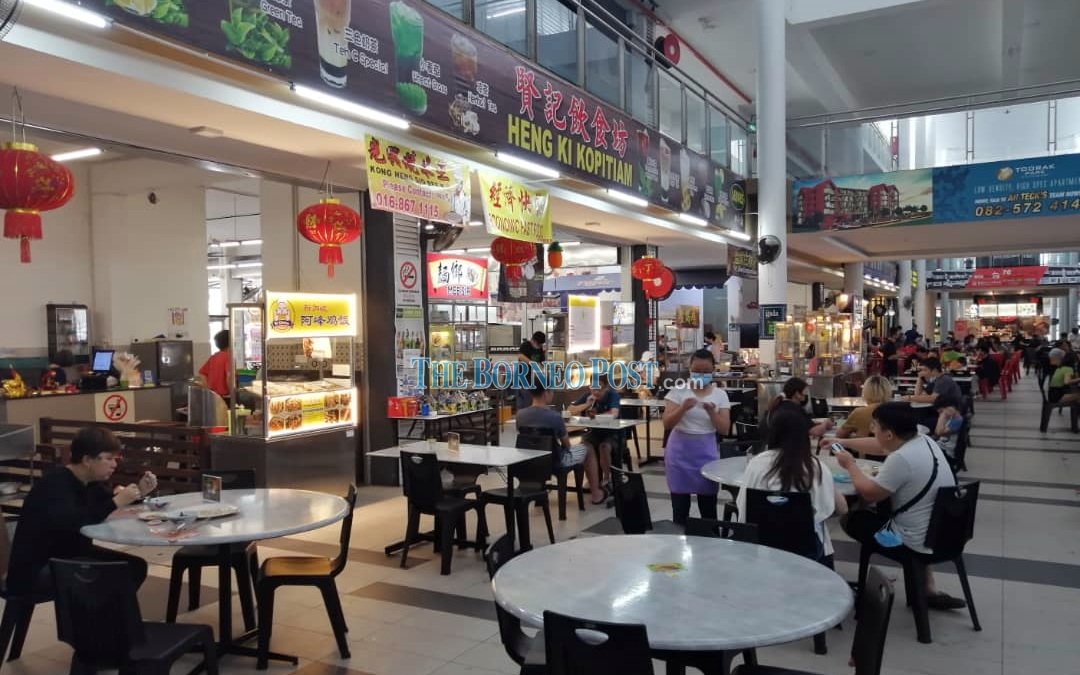 A view of the food court run by Tan.

KUCHING (Jan 3): Some 20 per cent of over 1,500 food premises in and around the city have closed down amid the economic crisis resulting from the Covid-19 pandemic, said Kapitan Tan Yit Sheng today.

The Kuching Coffeeshop and Restaurant Owners Association committee member said there were new food premises coming up despite the pandemic, but the number of closure outweighed that of the newly-opened ones.

“Of course there are new food premises around but in terms of closure of food premises, the number can be significant. I don’t need to look far, within Gala City alone, three food premises have closed down,” he said when contacted by The Borneo Post.

Tan, who runs a food court in Gala City commercial area off Jalan Tun Jugah here, said an established food court at Jalan Sekama, believed to have been in business for three decades, ceased operations on Dec 31 last year.

According to him, many food premises operators have been facing high overhead expenses and such financial burden aggravates during the Covid-19 crisis.

He said rental fees made most of the overhead expenses, could even go up to 50 per cent.

He also observed that 70 to 80 per cent of the food premises operators in and around the city did not own the property.

Citing his own business as an example, Tan said he had to set aside at least RM9,000 for rent payment every month.

“We have been hoping that the property owner would review or reduce the rental charges, but the owner insists that he is only renting the property to us and we have to take care of the rest.”

He said the federal government had been offering assistance to property owners, such as a year-long moratorium to cushion the economic impact of the pandemic.

Despite such assistance, he regretted that property owners refused to review rental charges, which should help lighten the financial burden of business operators.

Tan said his business area was struck by the pandemic in November last year when he recorded only a 10 per cent of the usual revenue.

“Albeit I do not get any rental reduction from the property owner, I offered a 20 to 30 per cent off for my stall operators last November.”

Despite the insistence of the property owner, he said business operators in Gala City still hoped that rental reductions could be offered during these trying times.