Tuesday, January 19
You are at:Home»World»India holds vaccine drills ahead of mass inoculation drive 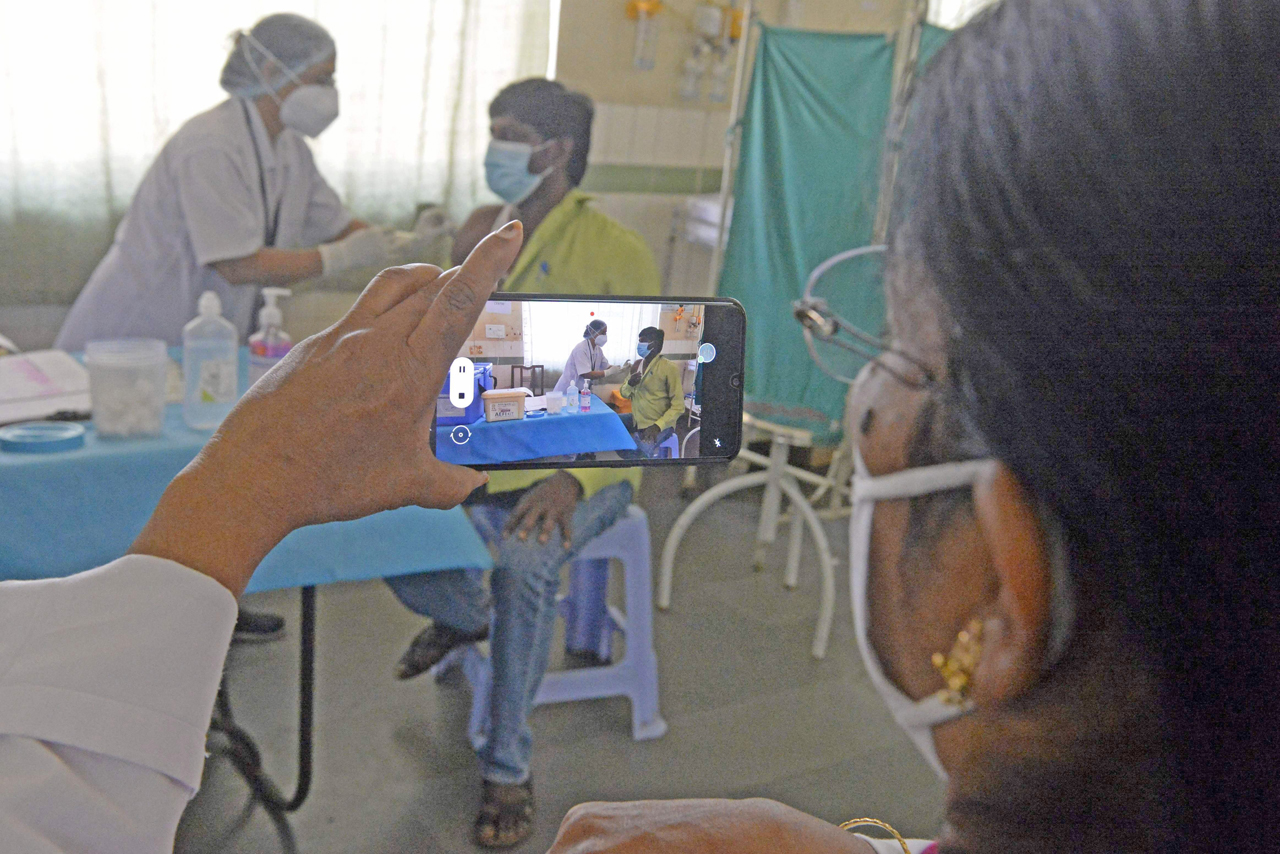 A health official makes a video on her mobile phone of a dry run or a mock drill for Covid-19 coronavirus vaccine delivery at a government-run hospital in Hyderabad. — AFP photo

A government panel on Friday recommended emergency use of the AstraZeneca-Oxford University shot and the first injections could be given in the coming week after the Drugs Control Authority of India gives final approval.

India, which has the world’s second highest number of pandemic cases – more than 10.2 million – has set an ambitious target of inoculating 300 million of its 1.3 billion people by mid-2021.

Serum Institute of India, the world’s biggest vaccine producer, has already stockpiled tens of millions of doses of AstraZeneca’s Covishield ready for the campaign and 96,000 health workers have been trained for the inoculation drive.

The drills saw 25 health workers receive dummy vaccines at each of the centres to be used across the country in a test run ahead of the launch.

Health Minister Harsh Vardhan said the exercise would help build expertise “so that the upcoming vaccination drive may proceed without any glitch.”

He has also called for a campaign to counter “misleading rumours” that may scare people off getting the vaccine.

While India is only second to the United States for the number of cases, its rate of infection has come down significantly from a mid-September peak of 90,000 plus cases daily and its fatality rate is lower than other badly affected countries.

Covishield is expected to get more use in India as it can be stored and transported under normal refrigeration while the Pfizer shot needs ultra low temperatures for storage. — AFP