Wednesday, December 7
You are at:Home»News»Man finds object believed to be bomb from WWII era after answering nature’s call at Tanjung Lobang beach 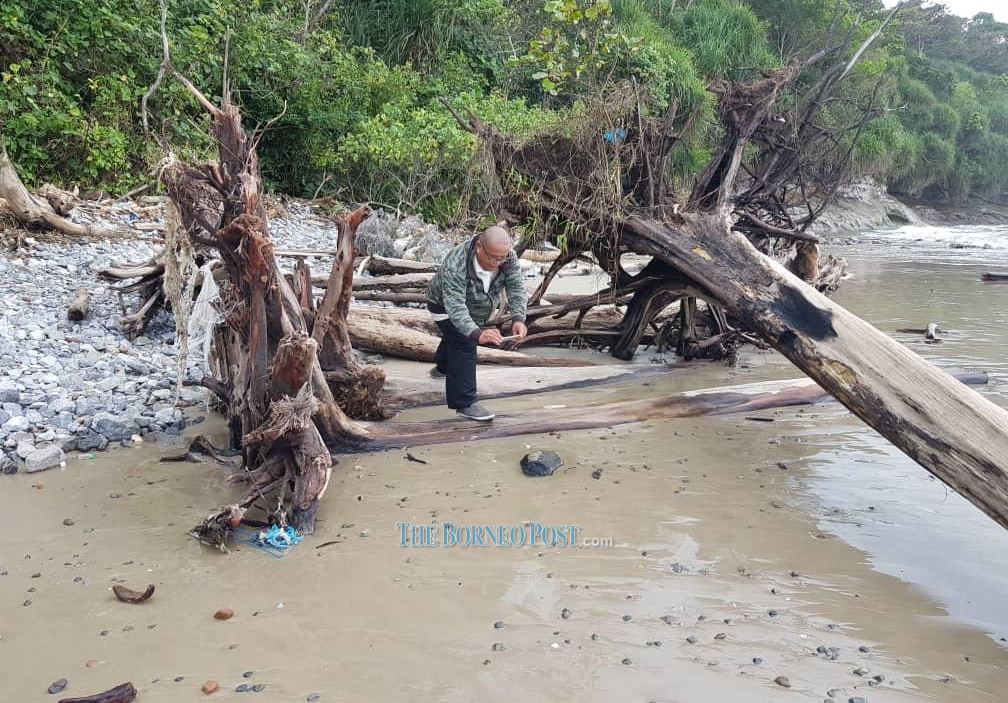 Malateh taking photo of the bomb.

MIRI (Jan 4): An object, believed to be a bomb, was discovered by a hawker who had gone to urinate at the shore of Tanjung Lobang beach here around 1.15pm today.

The 49-year-old man who sells fried chicken at Tanjung Lobang Hawker Centre and also a member of Miri Residents Committee (RC), said he was shocked to find the metal object after urinating and immediately informed Miri RC patrol head Malateh Mahmud to have a check.

“It could be a mortar bomb but the size as well as whether it is still active or not is yet to be ascertained,” he said prior to contacting the bomb disposal unit from the Royal Malaysian Police (PDRM) here.

The tide conditions at the beach had made it difficult for the unit to dig the bomb out of the sand but the bomb disposal unit will continue to monitor the situation at the site tomorrow.

“The unit will decide on how to guard the area for the safety of hawkers near the area and members of the public,” added Malateh.

He said that the object looked like an old bomb but further details could only be ascertained tomorrow by the bomb squad due to high tide.

As of press time, the weather at the area is still raining and the beach is still experiencing high tide.