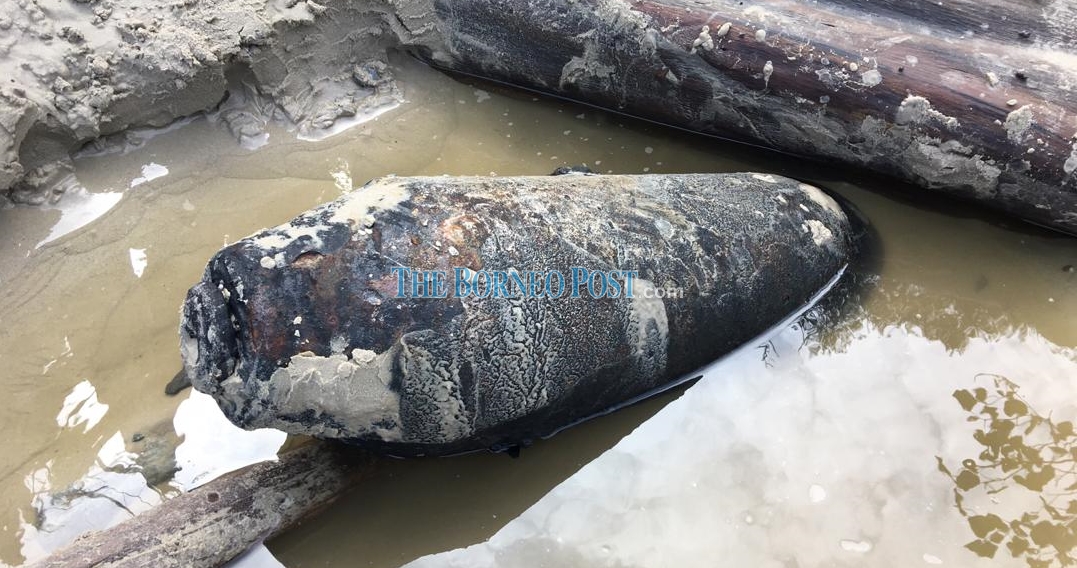 The bomb measuring 110cm long with a circumference of 80cm and weighing around 113kg was destroyed by the police bomb disposal unit at 11.30am today.

MIRI (Jan 5): A bomb which was discovered at Tanjong Lobang beach yesterday (Jan 4) has been destroyed by the police’s bomb disposal unit at around 11.30am today.

District police chief ACP Hakemal Hawari when contacted, confirmed that the bomb, which was still active has been destroyed.

“The bomb, measuring 110 centimetres (cm) long with a circumference of 80cm and weighing around 113 kilogrammes (250lbs) was suspected to be an aerial bomb during the Japanese occupation,” said Hakemal.

The bomb was discovered by a hawker who had gone to urinate at the shore of Tanjong Lobang beach around 1.15pm yesterday.

The police’s bomb disposal unit who was called to the scene, however could not check the bomb due to high tide.