Friday, August 12
You are at:Home»News»Sarawak»Army stops 34 illegal immigrants from entering Sarawak from Indonesia in first week of 2021 alone 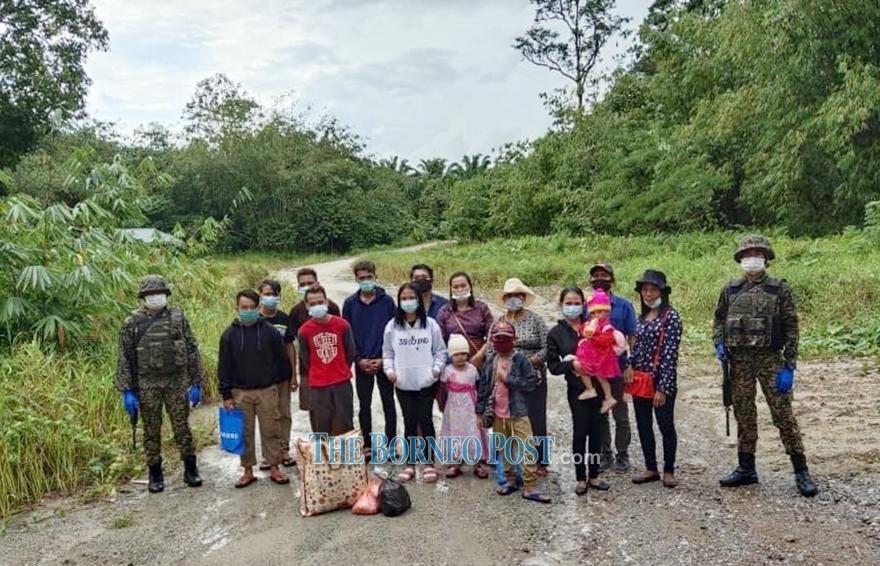 Army personnel with the 15 illegal immigrants who attempted to sneak in through Serikin.

KUCHING (Jan 7): In just the first week of 2021, the Malaysian Army has successfully foiled the attempts of 34 illegal immigrants from sneaking into Sarawak at the Malaysian – Indonesian border.

The First Division Infantry in a statement said Op Benteng carried out by the army from Jan 1 to 7 recorded 12 cases of illegal immigrants being intercepted and ordered to turn back to their country of origin.

It also said the First Division Infantry is committed to continuing the Op Benteng initiative, which is implemented nationwide to curb the spread of Covid-19 through the entry of illegal immigrants.

“Various excuses and tactics are being used by them to sneak into our country, most probably due to the desperation caused by the Covid-19 pandemic to their livelihoods,” said the statement.

It also mentioned that Serikin sector recorded the most number of cases of illegal immigrants being intercepted, with four cases so far.

“The biggest case was also recorded in Serikin, on Jan 3 at 5.20pm involving 15 illegal immigrants comprising seven men, five women, one boy and two girls. They were intercepted at the Serikin post road block,” it revealed.

Apart from intercepting illegal cross border movements involving humans, it said the operation also foiled the attempts to smuggle out food items from Sarawak into Indonesia.

It disclosed that the attempts were foiled in Tebedu and Lubok Antu, and the items seized were estimated at RM4,192.70.