Friday, September 17
You are at:Home»News»Sarawak»EPF office in Miri believed to have been deliberately hit with Molotov cocktail 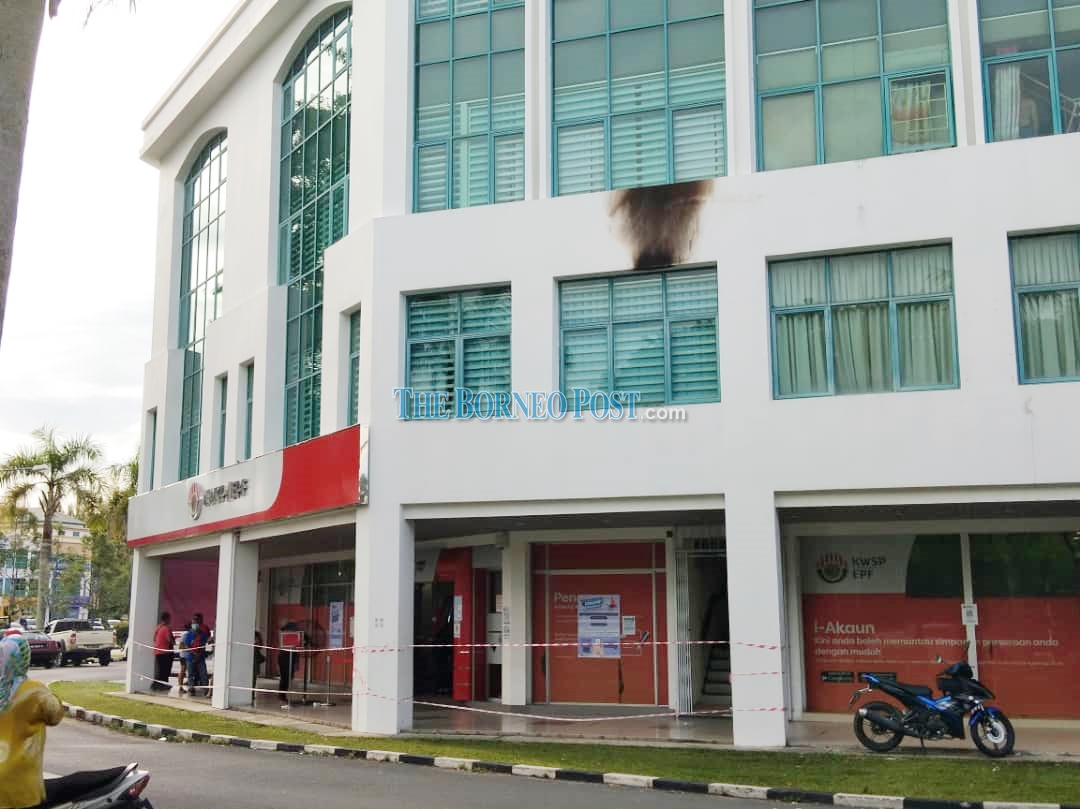 A large burn mark can be seen on the building where the Molotov cocktail hit it.

MIRI (Jan 8): The police are currently tracking down the motorcyclist who had thrown a Molotov cocktail at The Employees’ Provident Fund (EPF) office at Centre Point Commercial Centre this afternoon.

District police chief ACP Hakemal Hawari, who confirmed the incident, said the suspect was said to have thrown the petrol bomb at the building around 3pm, when the office was still operating as usual.

According to him, the police conducted an investigation at the scene after receiving a police report lodged by EPF Miri branch head around 3.36pm.

He said investigation is still ongoing under Section 436 of the Penal Code for mischief by fire.

No injuries were reported in the incident and only the space dividing the first and second floors was left with a black mark.