Sunday, October 17
You are at:Home»News»Sarawak»Eyes on the street: 800 CCTVs to be installed throughout Kuching under Smart City agenda 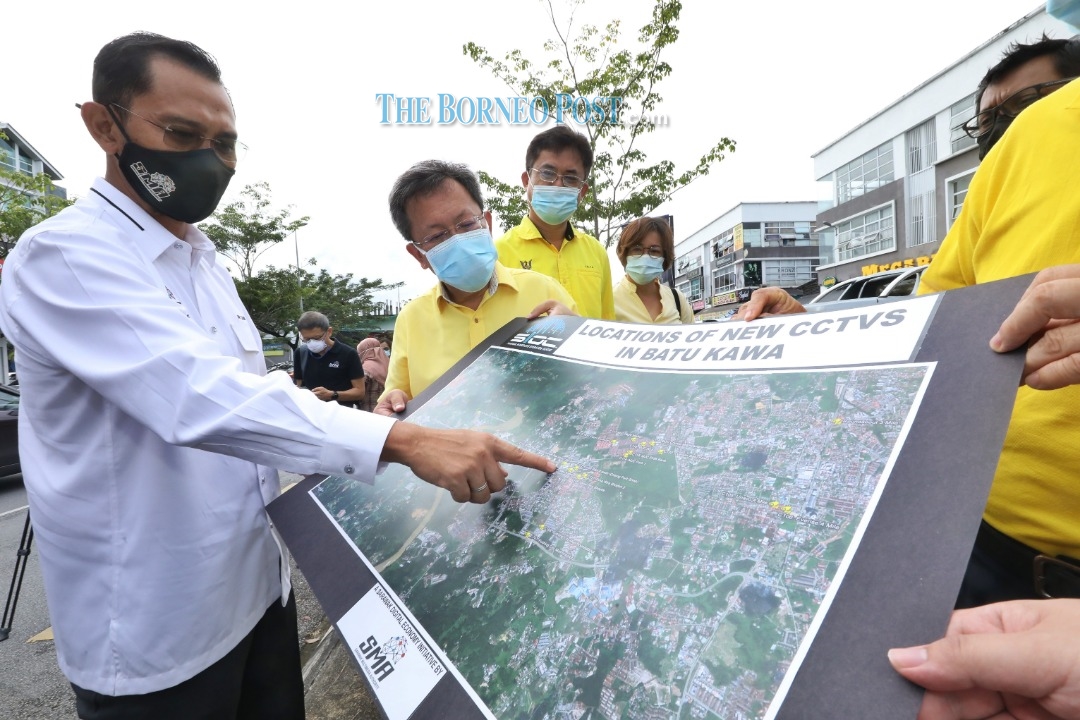 Dr Sim (second left) listens to Dr Zaidi’s explanation about the CCTVs while others look on. Photos by Chimon Upon

He informed that SMA will issue an advertisement for the open tender for the installation of the CCTVs at the end of the month.

“The transparent open tender starts from the end of January, and installation works will kick off by the second quarter of the year,” he told reporters today at Emart Batu Kawa area, which is one of the sites selected by SMA for the installation of such cameras.

“They will be used to monitor crimes, traffic offences and so on. In Sarawak we are very special because we will have Sarawak Integrated Operations Centre (SIOC), which means that all this information will go to one place and from there will go to different agencies,” he said. 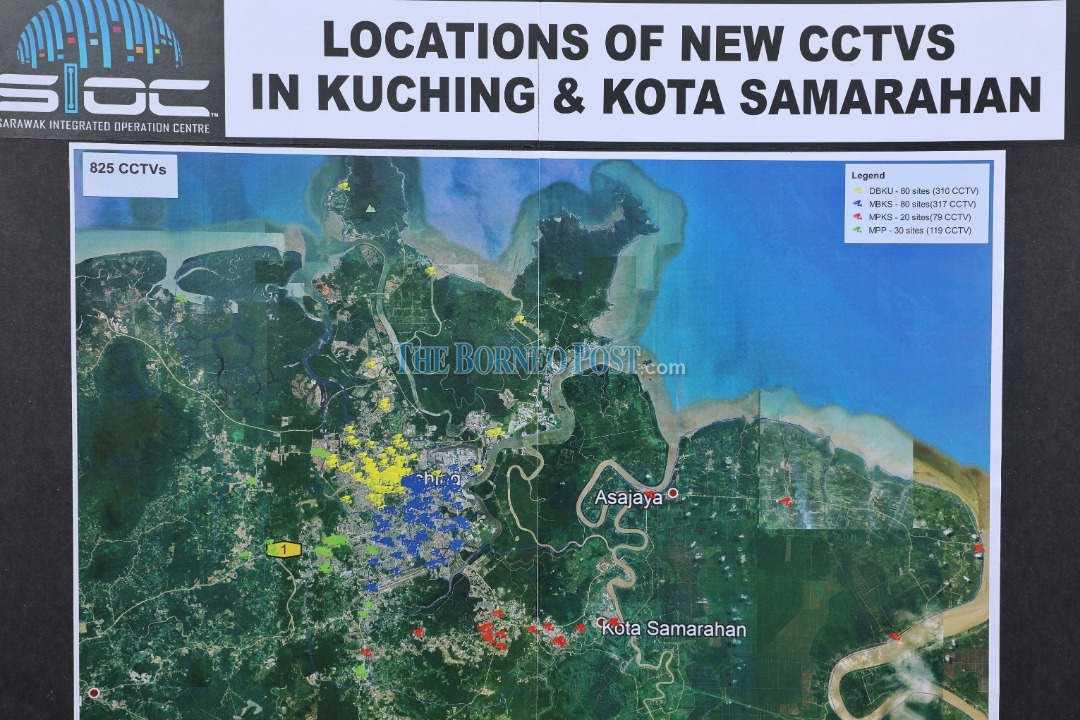 A snapshot of the locations where CCTVs will be installed in the areas under MBKS, DBKU, MPP and MPKS.

Within this concept, a key enabler is the digitalisation of urban areas, whereby all forms of data are centralised for robust planning and timely execution of essential services, in which the SIOC will act as the command centre.

“The local government, the councils, will need to work together with the state government so that we can have an integrated smart city.

He said that in doing so, the CCTV network will create a safe environment for the community in terms of crime and vandalism prevention, early flood warnings and securing assets close to the respective CCTV sites.

“The copious amount of data generated from the CCTV network will contribute to the state’s Big Data strategic initiative.

“As a result, the innovative use of Big Data will expedite Sarawak’s digital transformation journey,” he said.

However, Dr Zaidi said that the location of SIOC cannot be revealed yet.

“It is under construction, about 97 per cent completed with touch-up works. It will be completed by the end of the month.

“Its location will be announced by the chief minister,” he said.