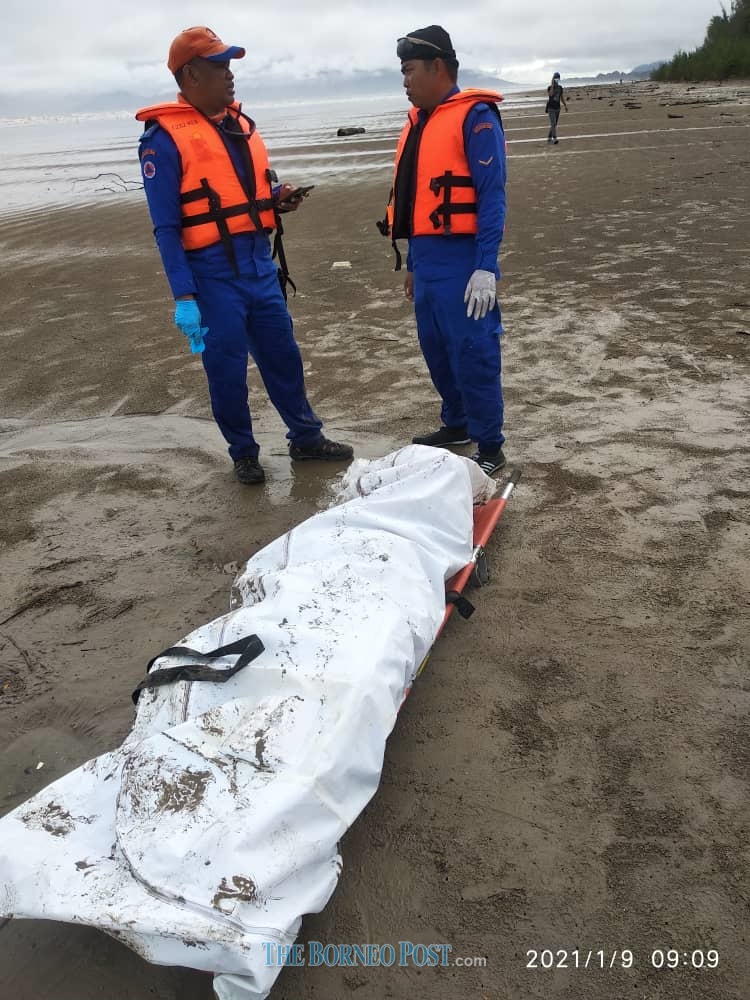 The deceased’s body that was found at Pantai Trombol this morning.

KUCHING (Jan 9): A body confirmed to be Telekom employee, Samsudin Beden, 59, who went missing since Jan 3 was found by a villager at Pantai Trombol, Telaga Air around 6.30am this morning.

When speaking to a press conference today, MMEA Sarawak deputy director of operation Captain (maritime) Yousry Yaali said the body had been confirmed to Samsudin by family members based on the watch that he was wearing.

“The SAR (search and rescue) operation ended at 10am today after the body has been found and verified,” said Yousry.

Meanwhile, the deceased was reported to be driving a boat from Sentoria Park, Santubong to Kampung Lundu at 5.50am on Jan 3 when he went missing.

His disappearance was only realised by his family members later that day who contacted the Maritime Rescue Sub-Centre (MRSC) Kuching at 6.55pm for assistance.

A SAR operation was carried out on the same day at 7.30pm by the Malaysian Maritime Enforcement Agency (MMEA).

On Jan 4, the SAR team recovered a boat which was later identified as belonging to the deceased at Pantai Damai.

According to a  Bomba spokesperson, the orange fibreglass vessel with registration number SFS1-3207, was found on a beach some 500m away from the Damai Golf Course around 2.30pm.