Friday, February 3
You are at:Home»News»Nation»Sinovac vaccine cheaper as bottling to be done in Malaysia – Khairy
For the freshest news, join The Borneo Post's Telegram Channel and The Borneo Post on Newswav. 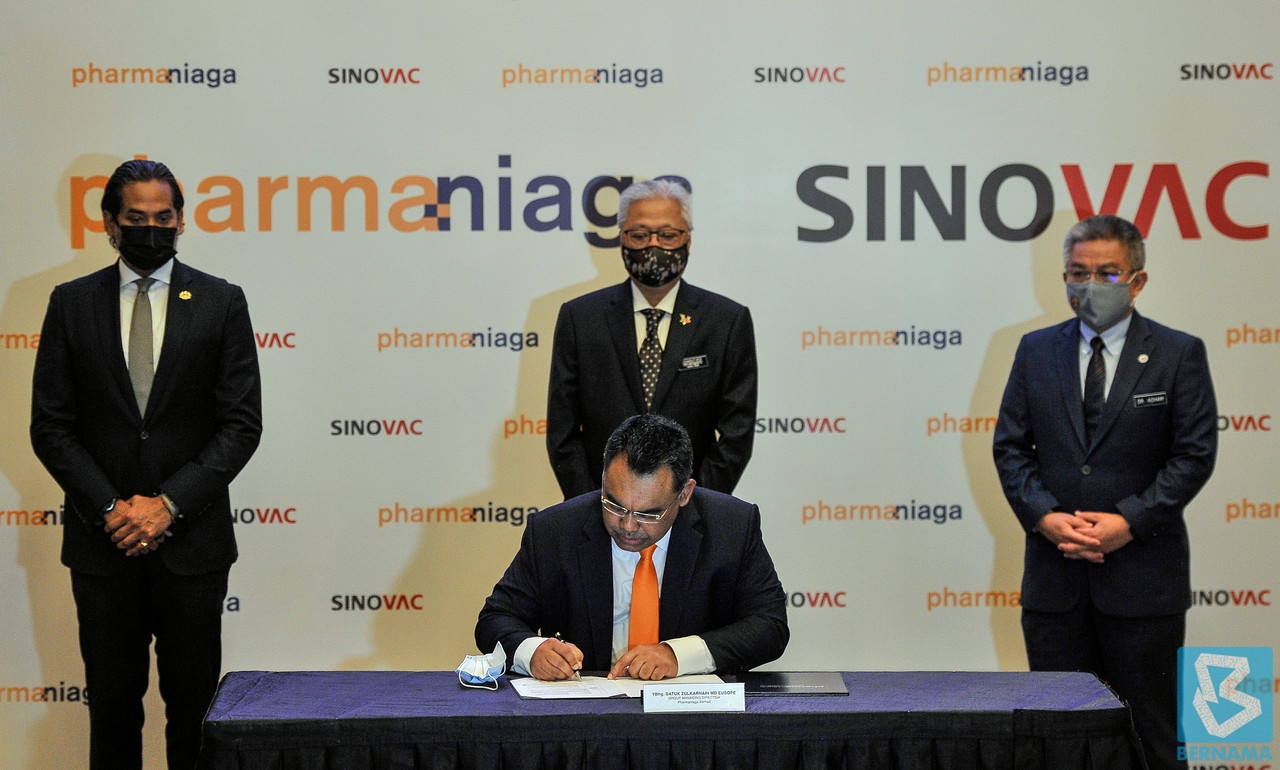 Ismail Sabri (standing, centre) together with Dr Adham (standing, right) and Khairy witnessing the virtual signing ceremony of an agreement between Pharmaniaga and Sinovac for bulk supply of the Sinovac vaccine. Pharmaniaga was represented by its managing director Zulkarnain (seated). – Bernama photo

KUALA LUMPUR (Jan 12): The government is paying less for the Covid-19 vaccine developed by Sinovac of China as the bottling process will be carried out in Malaysia, said Science, Technology and Innovation Minister Khairy Jamaluddin.

He said Pharmaniaga Bhd would be overseeing the bottling process for the vaccine, which is expected to be ready for distribution by the end of March.

“I reiterate that the cost of this vaccine is cheaper as it will be bottled here and not in China; if (bottled) in China the cost is much higher.

“Pharmaniaga has been entrusted with the task of overseeing the bottling process and the cost was presented to the Public Accounts Committee (PAC) and they have agreed to the price mentioned,” he told reporters after attending a ceremony for signing an agreement between Pharmaniaga and Sinovac for bulk supply of the vaccine.

He said Pharmaniaga was tasked with managing the bottling process as the company has the capacity to implement it according to the set guidelines.

Khairy, however, declined to disclose detailed information on the procurement of the vaccine as he is bound by the non-disclosure agreement with the vaccine manufacturer.

Meanwhile, Khairy said the government would seek halal status for the Sinovac vaccine prior to its distribution.

“Indonesia Ulema Council (MUI) has verified the halal status of this vaccine and we will do the same with Jakim (Department of Islamic Development Malaysia).

“We will verify that this vaccine is safe for use by Muslims,” he said.