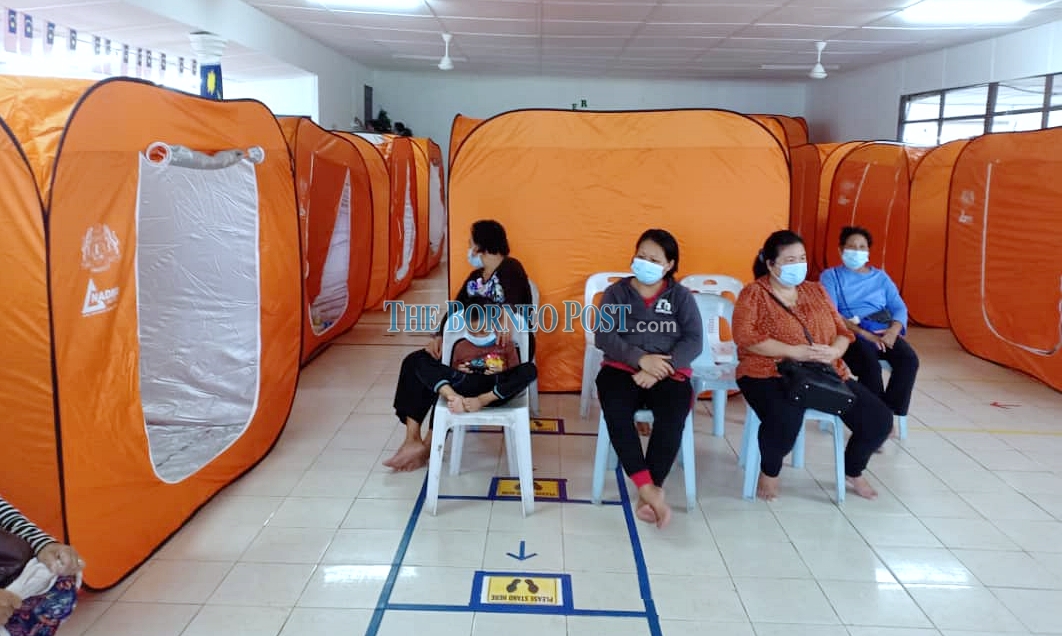 Temporary tents been set up for the evacuees at Balairaya Kampung Desa Wira Lot Lorong 10.

According to the Fire and Rescue department (Bomba) Sarawak Zone 1 Fire Safety branch head PgKBII Sabarudin Mohamad, the families were evacuated from their homes at 3am last night when the floodwaters started to rise.

One of the flood victims, Semah anak Luchan, 52, said their home at Taman Sri Emas Tanah Lot had started to flood at 3pm but the water receded, before they were hit again by another big flood at around 11pm after incessant heavy rain.

She had to evacuate along with her mother who had just arrived from Kampung Kesindu, Sebuyau and her three grandchildren.

“By then, our single storey house was already filled with waters flowing into the kitchen and the bedrooms.

“My grandchildren had to sleep in the car while waiting for evacuation at 3am. My husband came back from his midnight shift today and had to clean the house, but I do not think it serves any purpose as it is going to rain again tonight,” said Semah dejectedly.

Temporary tents have been set up at the evacuation centres, and basic necessities have been delivered by the Welfare Department (JKMS) to the centres including three main meals provided for each family.

Seah said she believed that the floods this year were much more serious compared to last year’s flood situation, where they were evacuated and sent to a community hall at Jalan Stephen Yong here.

Taman Sri Emas Tanah Lot community representative, Voon Ah Kok, 53 said not all of the residents were evacuated to the evacuation centre, as some of the residents opted to stay put at their homes. 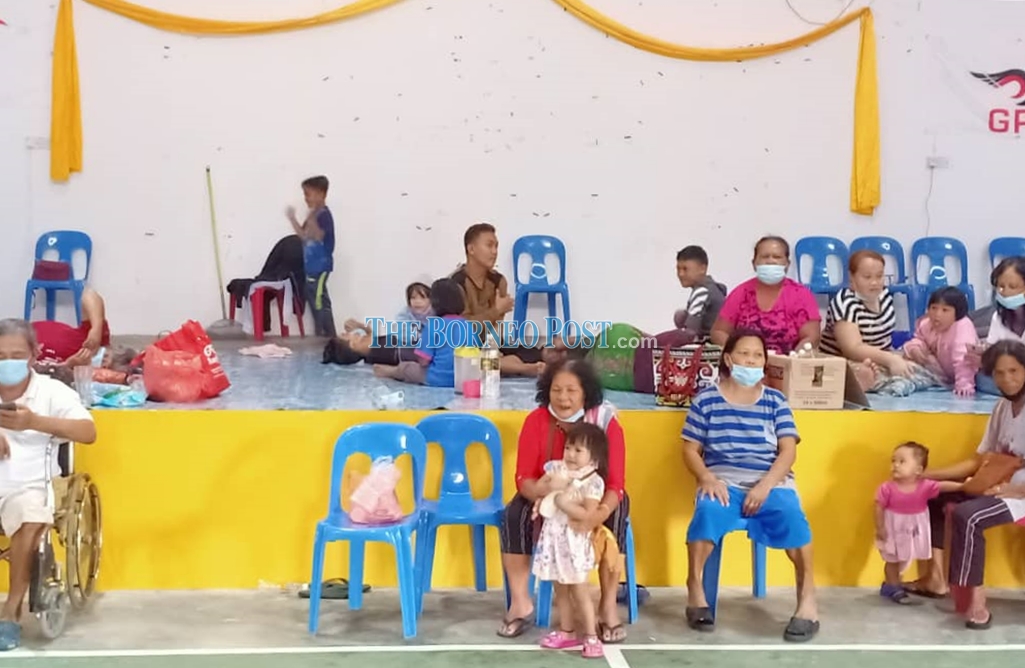 “Only those families around our area that were badly affected by the flood were evacuated early this morning. Those who are not affected are staying put as we want to avoid a large number of people gathering, because of the danger posed by Covid-19.

“We were hit by the floods between 10pm to 11pm last night. The water level was rising very quickly, and at around 3am this morning we were evacuated by JPAM. The long wait was due to most evacuation centres being almost full, and we manage to get this one (Balairaya Kampung Desa Wira Lot Lorong 1) ,” he said.

He added, in Taman Sri Emas Tanah Lot, that there are about 23 families, with 15 families from the total badly affected by the flood.

Meanwhile, a survey conducted at Dewan Serbaguna at Lorong 5I in Desa Wira discovered that another group from Desa Wira Resettlement Scheme were evacuated to the centre.

Its neighbourhood watch (KRT) chairman, Jugah anak Jantum, 61 said, they were evacuated by Bomba at around 2am in a boat.

“By 2am this morning, the road to the community hall was not accessible anymore as it was completely flooded with water, and Bomba had to transport each family in a boat to the community hall. This has been the biggest flood that I have seen in my whole life,” he said.

They were last hit by floods in 2016, where they were evacuated and sent to a community hall at Jalan Stephen Yong.

On another matter, he said as of 1pm this afternoon, the victims have yet to receive any assistance from JKMS, except for light meals and mineral water from the Sarawak United People’s Party (SUPP) who had delivered assistance in the morning.

“They (JKMS) told me that they will be sending (the aid) soon and we are waiting here.

“Last night most families had to sleep on a stage (inside the community hall), and we are waiting for tents and basic necessities to be delivered by JKMS today,” he said.

Many of the residents expect that they would have to spend another night at the evacuation centres as the weather report forecast heavy rain to continue today.