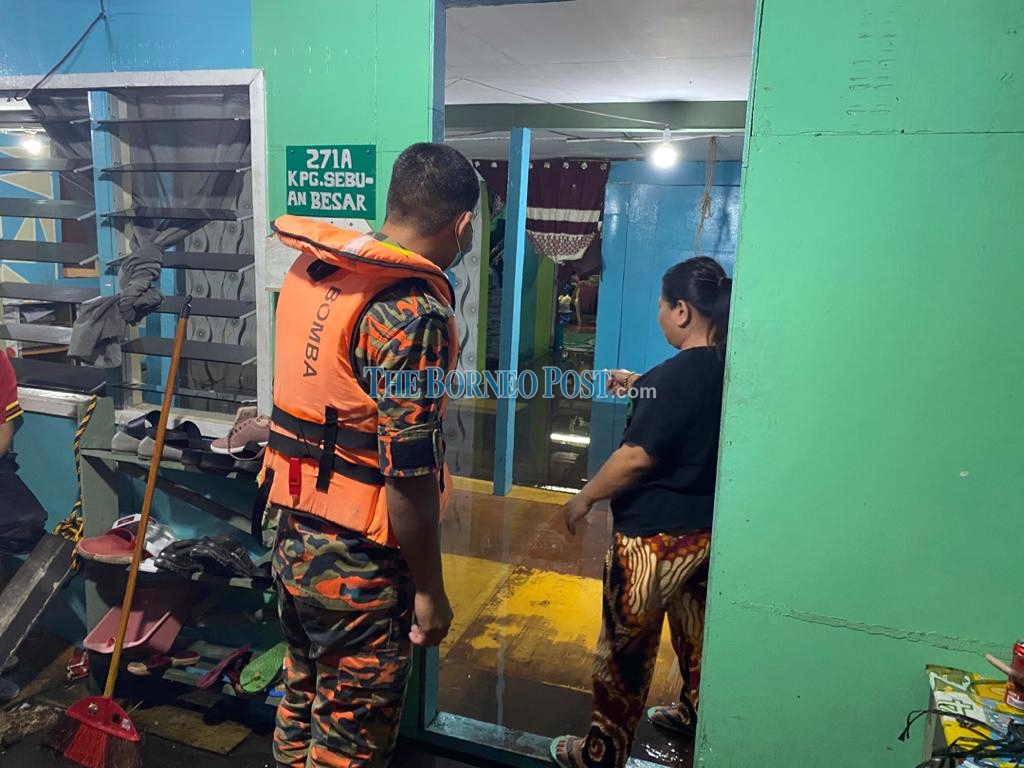 A houseowner in Kpg Sebuan besar shows her flooded house to a Bomba personnel.

BINTULU (Jan 13): A king tide has caused flooding in several residential areas here last night and most of the affected areas were inundated by two-feet of floodwaters.

She said APM personnel were deployed to the affected areas to check on the flood situation at around 9pm.

According to her during the monitoring until 11pm, the level of floodwaters were still under control.

“There is no rescue and evacuation as the situation is still under control,” he said.