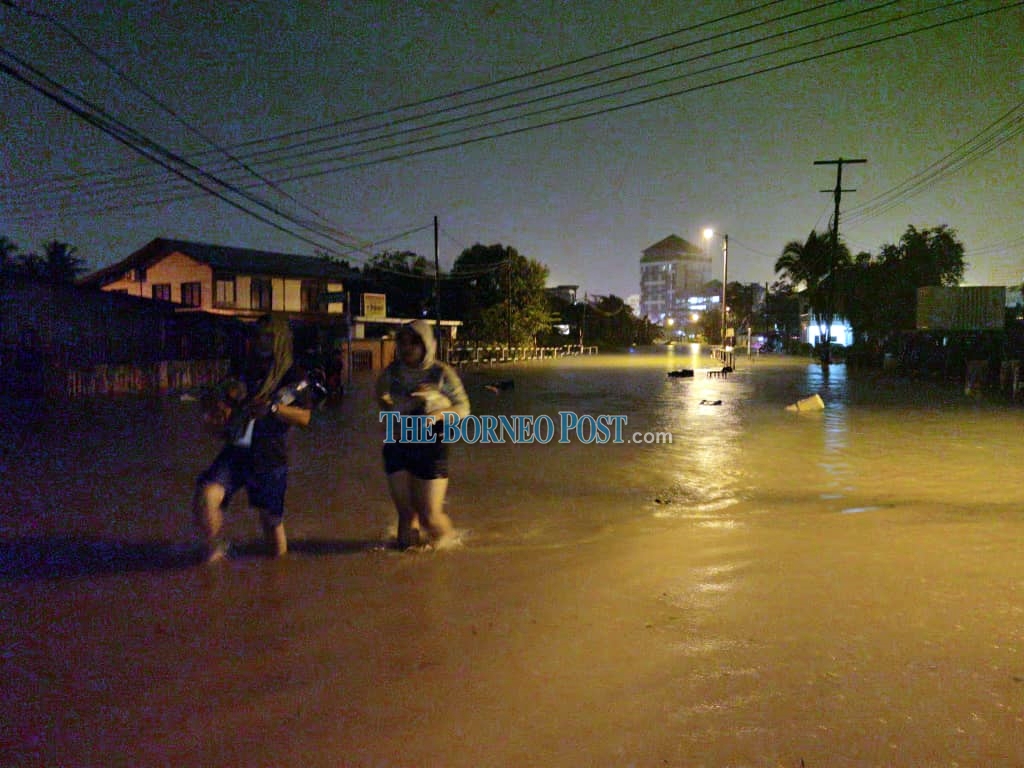 Kampung Tabuan Dayak villagers seen moving to higher grounds when the flood occurred in the village around midnight today. – Photo by Chimon Upon

KUCHING (Jan 13): Residents of Kampung Tabuan Dayak had a sleepless night last night when floodwaters rose and inundated their village after a day of continuous downpour yesterday.

Sensing that their homes would be inundated with water, residents of the village were seen packing their belongings and driving their vehicles to higher grounds.

Villagers who were interviewed commented that floodwaters have started to flood the village as early as 6pm yesterday.

“Floodwater levels have hit parts of the village, especially in Lorong 10 area, in the daytime while other places did not experience any flooding yet,” added Christy Duin Tanggi, 62, who is a retired teacher.

Christy revealed that it was only around 10pm that the floodwaters level started rising throughout the village, including his home. 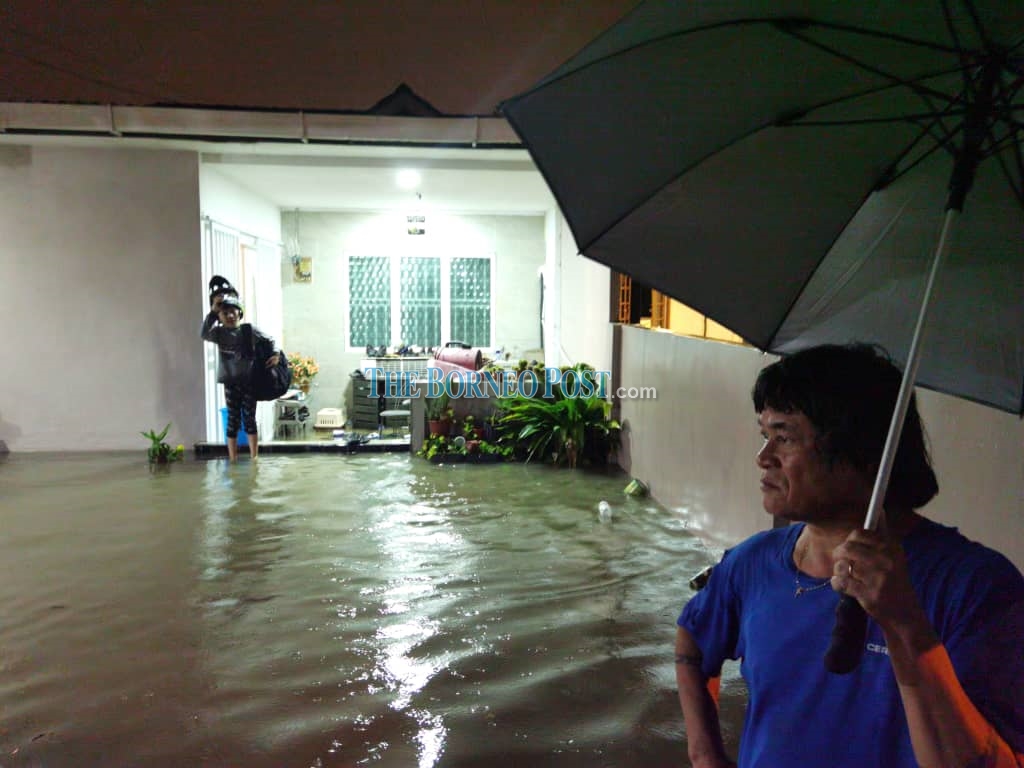 He also said although flood has occurred in his village before this, the one last night was the worst he had experienced so far.

“You know that the flood situation in Kampung Tabuan Dayak is bad when my house in this village got flooded. Usually when it rains heavily, my house will not get flooded,” he added.

As for Palima Ngadan, 34, who also agreed that the flash flood last night was the worst he had experienced so far, said it was the third time that he experienced a flood situation so bad in the village.

Both Palima and Christy agreed that the frequent flash flood hitting Kampung Tabuan Dayak only occurred since the 2010s or so.

“When my family moved to the village in 1992, Kampung Tabuan Dayak was never known to be an area which experiences flooding. If it does happen it wont be as bad as the one which happened last night,” said Palima. 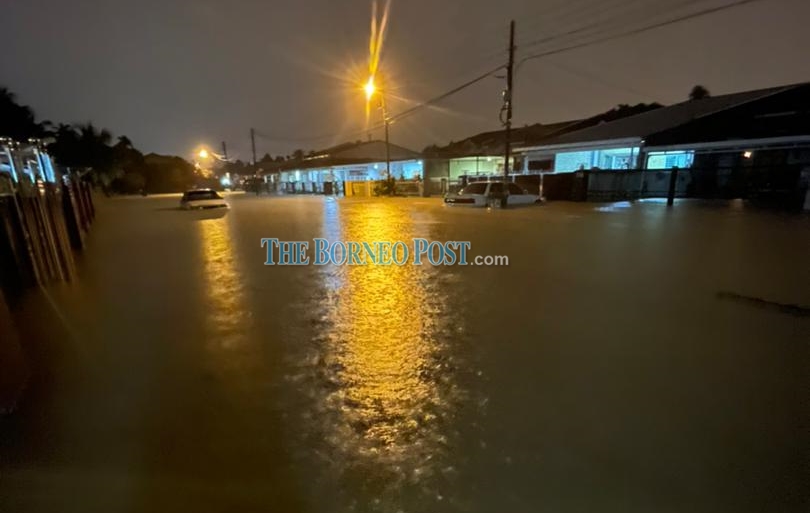 Massive flood seen at Kampung Tabuan Dayak around midnight. – Photo by Chimon Upon

Floodwaters only started to recede around 2.30am today and many villagers were seen cleaning their home and moving their vehicles back to their home which were parked at higher grounds earlier on.

The Malaysian Meteorological Department (MetMalaysia) recently issued a warning of bad weather and heavy rain in Sarawak and Sabah until tomorrow (Jan 14).

It said in a statement the heavy rain in Sarawak was forecasted for the districts of Kuching, Serian, Samarahan, Sri Aman, Betong, Sarikei, Sibu and Mukah.

Previous ArticleEmergency, MCO, CMCO for benefit of people and country
Next Article Flood evacuation centres set up in Kuching, Serian for flood victims