Tuesday, January 19
You are at:Home»News»SSPCA appeals for public assistance after shelter hit by flash flood 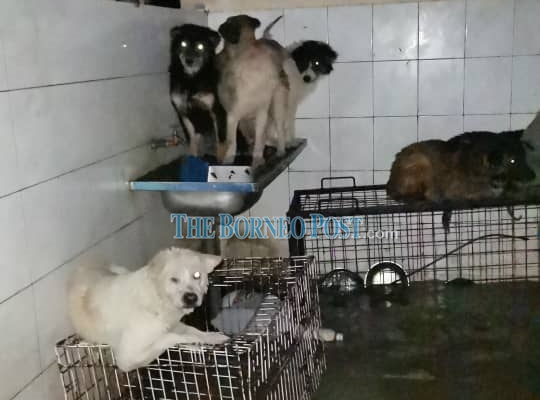 The dogs at the shelter seeking high ground during the flood last night.

KUCHING (Jan 13): The Sarawak Society for Prevention of Cruelty to Animals (SSPCA) is appealing to the public to come forward to aid the shelter which has been affected by the flash flood last night.

SSPCA president Datin Donna Drury-Wee when contacted today, revealed that three dogs and one kitten have drowned in the flood water.

“The flood water was about about waist deep during its peak,” said Wee.

She added that the shelter is currently home to a total of 400 cats and dogs.

Donations in kind such as newspapers and food can be sent to Sia Shell Station at Ban Hock road starting today.