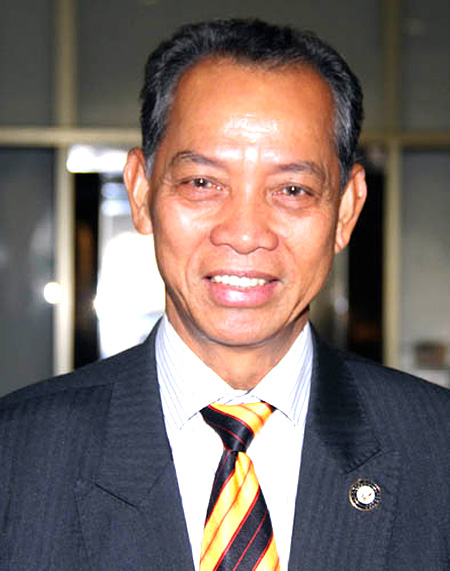 MIRI: The Emergency declaration by Yang di-Pertuan Agong Sultan Abdullah Sultan Ahmad Shah would bring about a lull in politicking and enable everyone to focus on curbing the spread of Covid-19, said Assistant Minister of Local Government and Housing Datu Dr Penguang Manggil.

He said breaking the chain of transmission should be the highest priority in the country, and politics should take a back seat as the wellbeing of the people comes first.

“The Emergency Declaration is aimed at containing the spread of Covid-19 and reduce politics,” he said.

Prime Minister Tan Sri Muhyiddin Yassin, in a televised announcement yesterday, said all elections including state elections would not be held during the state of Emergency , in force until this Aug 1.

On another matter, Penguang said the State Disaster Management Committee (SDMC)’s decision to impose  lockdown on Rumah Ramba @ Emah in Sungai Liam, in his constituency of Marudi, was a necessary preventive step, after it was discovered that five individuals from the longhouse had attended the funeral at Rumah Linggi in Pasai Siong in Sibu, which resulted in ‘an explosion of Covid-19 cases in the district (Sibu)’.

Penguang said he had halted all political activities in Marudi immediately – either postponing, or cancelling them.

“I apologise for the inconvenience caused but this is for the safety, welfare and wellbeing of the people. They come first and I hope everyone will be patient,” he said, adding that he had sent food and drinks to support the frontliners at Sungai Liam station on Monday.

“The Welfare Department had already sent in the supplies to the 44-door Rumah Ramba yesterday.
I will augment it with my contributions this weekend.”