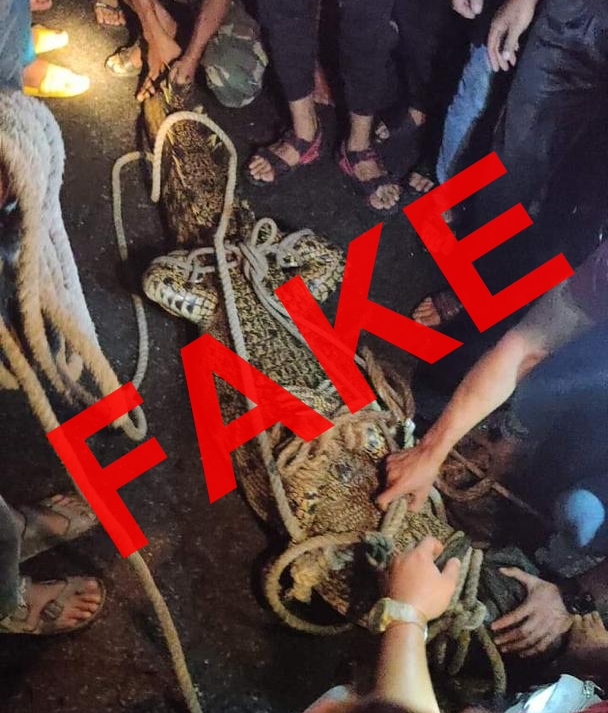 This picture, which shows a tied up crocodilian, has been widely shared on social media but Bomba has dismissed it as being fake. The origin of the picture is unknown.

KUCHING (Jan 13): The Fire and Rescue Department has refuted claims made on social media that a crocodile was captured at Kampung No 4 Jalan Ajibah Abol earlier tonight.

In a statement from the department, personnel from the Padungan fire station were deployed to the scene to investigate after a call was received at 7.40pm.

Checks were then conducted in the area which revealed that the reptile was already nowhere in sight.

It is believed that the crocodile had made its way back into the river.

After ensuring that the area was safe, Bomba wrapped up their operations.