Saturday, December 3
You are at:Home»News»Sarawak»Covid-19: New daily record of 180 positive cases in Sarawak today, 150 from Sibu 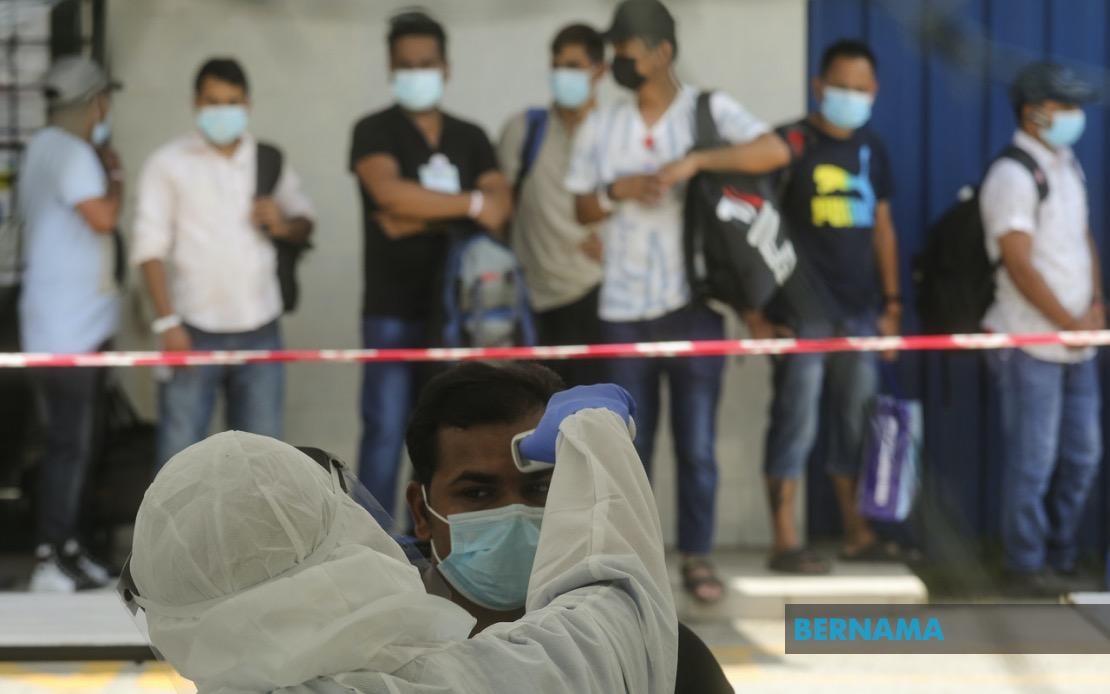 The new record high of active cases today brings the total number of positive cases in the state to 1,920 cases.

A Movement Control Order (MCO) has also been announced for Sibu division, encompassing the districts of Sibu town, Kanowit and Selangau from Jan 16 to Jan 29.

The committee said the positive cases in Sibu were linked to the Pasai Cluster with the exception of two cases which were detected from other Covid-19 screenings.

It also said several positive cases detected in other districts were also found to be linked to this cluster namely in Dalat with three cases, Bintulu (2), Simunjan (2) and Kuching (1).

“One positive case involved a local who was screen during an active case detection activity at a food premises and another case, a Sarawakian, was found to be positive after returning from a high-risk Covid-19 infection area namely Sabah,” it said.

“Two local infection cases were also detected; one of which involved the Stutong Cluster and the other was from screening of symptomatic individuals,” it said, adding that the sole case reported in Samarahan today was also linked to the Stutong Cluster.

In Bintulu, it also recorded a positive case involved the Bukit Sekubong Cluster while another was from screening of symptomatic individuals.

“In Limbang, a positive case was found from a scheduled screening involving a Sarawakian man who wanted to pass through Brunei. This case is categorised as an Import B case as he was infected in Sabah,” said the committee.

It also said Betong also recorded an Import B case involving a patient who had returned from a high-risk Covid-19 infection area namely Johor.

“Sarikei recorded a local infection case involving a Sarawakian who was screened as the individual is to report for duty as a civil servant in Sabah.

“The case had undergone screening at a private hospital in Sibu and this case is not related to any of the active clusters,” it said.

Seven clusters remain active in the state with the Pasai Cluster remaining the biggest with the number of positive cases involving this cluster now reaching 462 cases.

“The total number of recoveries in the state have now increased to 1,131 or 58.91 per cent out of the overall cases,” it added.

It also said that 768 patients are still being treated at hospitals throughout the state where 449 are treated at Sibu Hospital, 185 at Miri Hospital, 99 at SGH and 35 at Bintulu Hospital.

“Two patients are being treated at the Intensive Care Unit of Miri Hospital. They are in stable condition,” it noted.

A total of 279 new person under investigation (PUI) cases were reported today with 83 PUI pending lab test results,” he added.

Sarikei and Lubok Antu are now classified as yellow zones after a local infection case was detected in the both districts, said the committee.

It said Sibu, Miri and Kuching remain as a red zones in Sarawak with a total of 586 local infection cases reported in the three districts in the last 14 days.

“Sebauh remains an orange zone with 23 cases while Beluru, Dalat, Selangau, Samarahan, Sri Aman, Bukit Mabong, Meradong, Bintulu and Limbang remain as yellow zones with a total of 45 cases reported in the past two weeks,” it added.