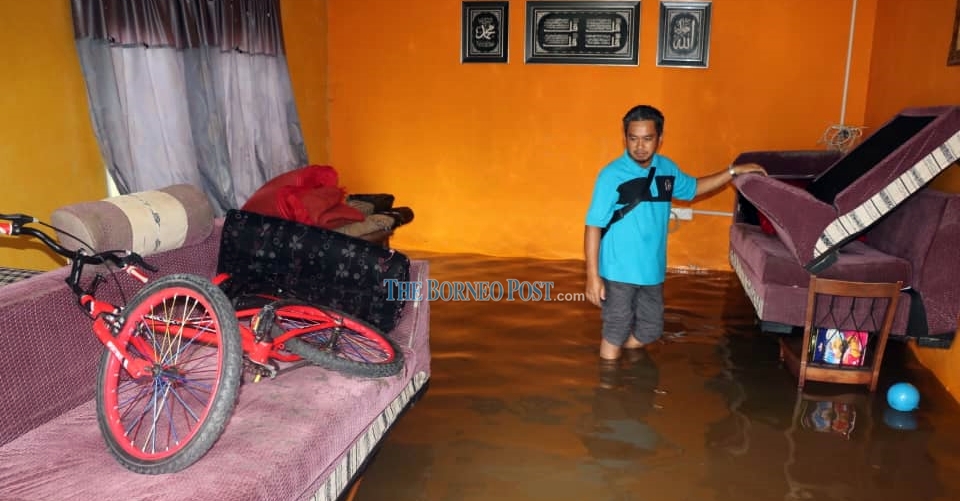 Samsuddin checking the condition of his house this morning.

The temporary evacuation centre was opened at around 10pm to accommodate the villagers after their villages were inundated by floodwaters.

According to one of the flood victims Samsuddin Pawi, 42 from Kampung Tanjung Bundong Phase 3, his family was forced to be evacuated to the temporary evacuation centre after his house was flooded.

“The water started to rise around 9pm (last night) that caused our home submerged above the knee level,” he said when met by Utusan Borneo today.

He said even though preparations were made by putting a wooden board barrier at the door of the house but it could not prevent the water from entering the house as the water rose above the barrier.

“Our mattresses were wet and we had to be evacuated to the centre for our family’s safety,” he added.

Samsuddin said he went to check the condition of his house this morning to ensure that it is secure to prevent any untoward incident from happening.