Tuesday, January 19
You are at:Home»News»Sabah»Man killed as two houses razed in Menumbok 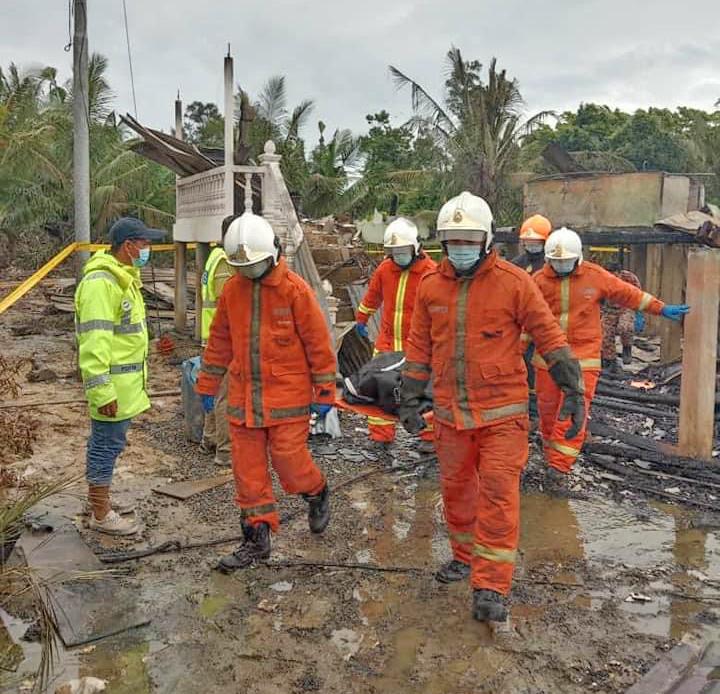 Firefighters carrying away the 50-year-old victim’s remains at the fire scene at  Kampung Melikai  in  Menumbok.

BEAUFORT: A 50-year-old man was killed when fire destroyed his home at  Kampung Melikai  in  Menumbok, here this morning.

The fire that broke out at about 6am also destroyed another house but all its occupants managed to escape on time.

Kuala Penyu Fire and Rescue station chief  Awang Mohd Sabree  said the charred remains of  Mohd Ikmal Abdullah  was  found among debris while  firefighters  were  carrying out investigation at the scene.

“We received a distress call at 6.11 am and immediately deployed nine firefighters to the location.

“Two houses were destroyed in the fire but we managed to control the blaze by 7 am,” he said.

Awang Mohd  said the victim’s body was handed to the police for further action while the cause of the fire and total loss is still under investigation.