Saturday, August 20
You are at:Home»News»Sarawak»Miri court interpreter to testify via ‘remote communication’ for ‘blackhole’ case in Kuching 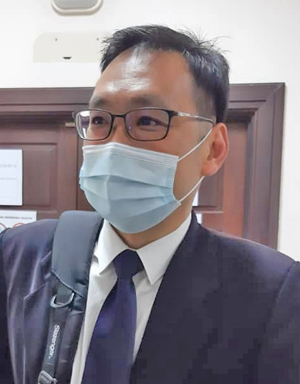 KUCHING: The ‘blackhole’ case brought against Bandar Kuching MP Chong Chieng Jen by the Sarawak government will proceed with a Miri court interpreter communicating remotely with the High Court here after Chong agreed to it yesterday.

The interpreter is tasked with translating the Sin Chew Daily newspaper article in which Chong had made the allegations against the government on the state funds.

However, presiding High Court Judicial Commissioner Alexander Siew instructed the litigating parties to firstly hold an informal discussion, agree on the day to have the witness testify and notify the court.

On Tuesday the plaintiff submitted that the court interpreter from Miri cannot be present here due to travel restrictions of the Conditional Movement Control Order (CMCO) to break the chain of Covid-19 infections.

Making the application for the ‘remote communication’, state legal counsel Dato Sri JC Fong said the witness would have difficulties travelling in light of the worsening pandemic and would not want to put her through the rT-PCR tests for the case.

Chong, who is the State Democratic Action Party (DAP) chairman, is being sued by the Sarawak government and State Financial Authority (SFA) for defamation for using the term ‘black hole’ to insinuate that RM11 billion had gone missing from the state coffers.

His allegation was published in the Rocket, Malaysiakini and Sin Chew Daily on Jan 3, 2013 as well as leaflets distributed by Chong and the DAP.

Chong, also a lawyer, is taking on the defence himself after deciding to drop Chong Brothers Advocates from representing him in the case.