Thursday, January 21
You are at:Home»News»Sabah»Much confusion over ‘vague’ SOP – MP 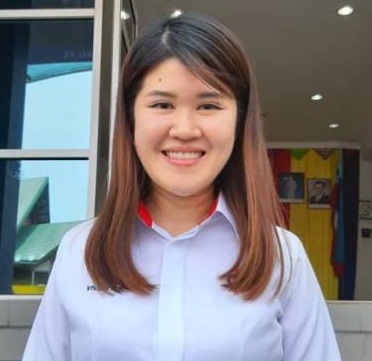 SANDAKAN: Member of Parliament Vivian Wong has criticized the government for its apparent inability to come out with an effective communication plan to deliver a clearer and coordinated message to the public as the standard operating procedure (SOP) for the Movement Control Order (MCO) 2.0 is causing so much confusion on the ground.

Vivian made the statement after her team was flooded with hundreds of calls from the public since Tuesday to seek clarification on the SOP, especially in regard to which sectors can continue to operate during MCO 2.0.

“We waited nearly 24 hours after the Prime Minister’s announcement on Monday that MCO 2.0 will be imposed from Jan 13 for the Ministry of International Trade and Industry (MITI) to issue a list of 37 essential services that are allowed to operate during MCO 2.0, and subsequently, Majlis Keselamatan Negeri Sabah issued a corresponding SOP based on this list.

“However, the list issued by MITI is too general when referring to which service sectors are allowed to operate, triggering a flood of enquiries from the public who were confused and unsettled.

“We too, were trying to “decipher” what exactly constitute ‘Perkhidmatan Professional dan Teknikal’ or ‘Perkhidmatan Perniagaan Global’,” said Vivian.

According to her, only after several hours later that night, the Ministry of Domestic Trade and Consumer Affairs (KPDNHEP) issued another list of 16 trades that are allowed to operate during this period.

She said they actually had to call back many to retract what they have told them based on the MITI list earlier as the KPDNHEP list provides a different interpretation to what constitutes essential services.

Furthermore, she said, each state’s SOP is slightly different especially in terms of operation hours allowed for each sector. Again, there was so much confusion as a result until Majlis Perbandaran Sandakan issued a notice to clarify this issue the next evening on Jan 13.

“This is total madness and it clearly shows that different ministries are not communicating with each other to handle the Covid situation.

“What is the point of our Senior Minister for Defence going on live television every evening to talk about the Covid situation if he can’t even do the simple job of coordinating among different ministries involved?

“It is so disappointing and frustrating to say the least. This is not the first time the government is imposing MCO in the country, and yet, things are still so uncoordinated and sketchy,” she said.

Vivian said the government must get their act together immediately to save both lives and livelihood.

She said the MCO is already tough on Malaysians, as many suffer from loss of income and revenue.

“The last thing we want is to have an ineffective MCO where Covid-19 cases continue to rise despite all the SOP in place,” she added.