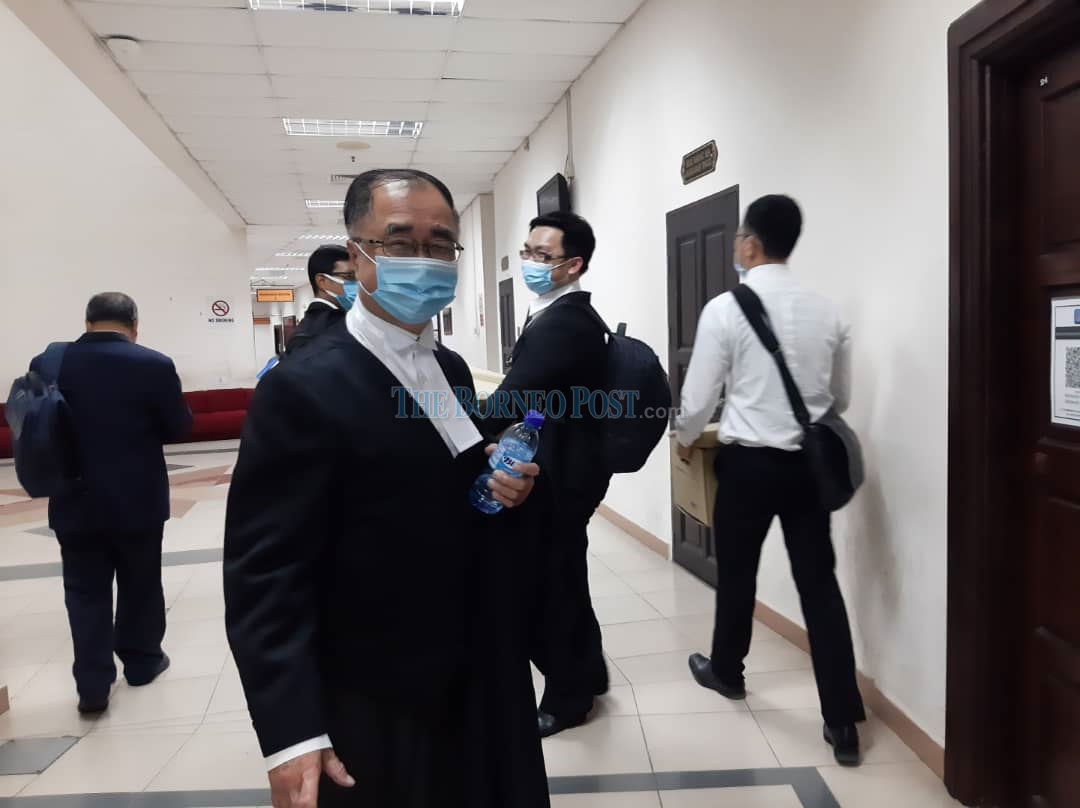 Fong is expected to call a news portal writer to testify in the case tomorrow. – Photo by Churchill Edward

KUCHING (Jan 14): A witness in the ‘blackhole’ case has rejected the suggestion that debts owed by several approved agencies were also debts of the Sarawak government even though a trust fund was set up by the state in 2006 to repay syndicated loans.

When asked if the debts of the approved agencies were also debts of the state government, Abdul Kadir replied: “No. Not directly.”

These loans were taken up to facilitate various projects in 2011, he said when trying to establish a case where public funds could have been used to pay debts owed by these companies.

Abdul Kadir also disagreed with Chong’s claim that monies from the state trust fund had been used to bail out 1st Silicon (Malaysia) Sdn Bhd before it was rebranded as X-Fab Sdn Bhd.

Chong, who is also State DAP chairman and Stampin MP, is being sued by the Sarawak government and SFA for defamation for using the term ‘blackhole’ to insinuate that RM11 billion had gone missing from state coffers.

The alleged defamatory remark was published in Sin Chew Daily, Malaysiakini and The Rocket on Jan 3 2013 and also, on leaflets distributed by Chong and the DAP.

Abdul Kadir also told the court today that the SFA had to file the defamation suit as the term ‘blackhole’ reflected on him when he held the State Finance Administration director to unfairly insinuate that he had mismanaged funds.

The High Court presided by Judicial Commissioner Alexander Siew was also told that RM1.5 billion has been paid out by the Treasury Department in 2008 to several approved agencies without payment vouchers being first issued by SFA.

However, Abdul Kadir said the vouchers for the payment were issued later.

When Chong asked on the peculiarity of the matter, Abdul Kadir said that the Treasury Department “must have received instructions” to make the payment urgently as bank loan interest on these agencies might be incurred.

The witness also said a May 30, 2012, Auditor General’s comment on the matter was not the first time, served on the SFA.

To rectify the matter the SFA compiled statements of account for the year 2006 to year 2010 at one go for the presentation to the State Cabinet and the State Legislative Assembly (DUN).

Previous ArticleCompulsory for all travellers to Sarawak to undergo Covid-19 test 3 days before flight, must test negative
Next Article Man killed as two houses razed in Menumbok