Saturday, January 23
You are at:Home»News»Save your life, not your property, Miro tells flood hit families under evacuation orders 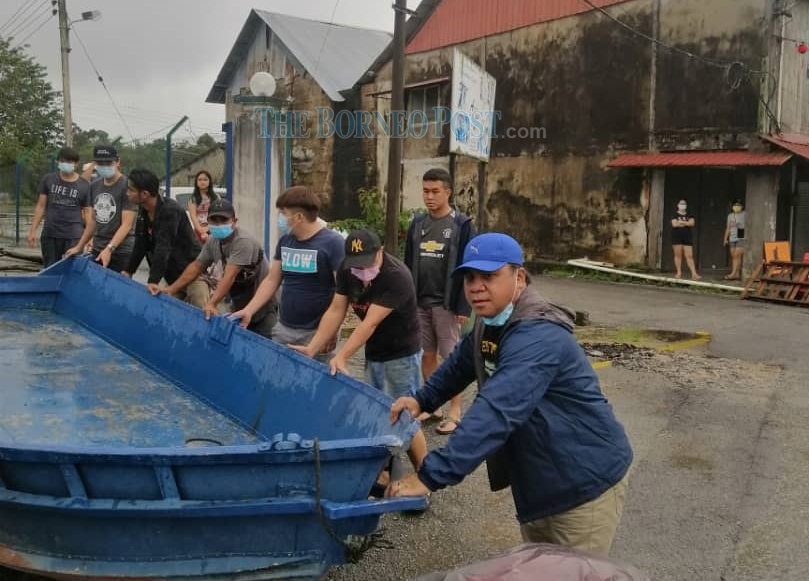 Miro helping to move a boat in Siniawan.

KUCHING (Jan 14): Serembu assemblyman Miro Simuh has appealed to families in his constituency to abide by the instructions of the authorities if they are told to evacuate as floodwaters rise.

He said people who lived in flood prone areas especially, must be vigilant during the current heavy downpour.

“Your safety is more important than your belongings and properties. These things can be replaced but your life can’t. So when you are asked to move out from your flooded home, follow the instruction; it’s for your own safety,” he said.

He said areas in Serembu hit by flood are Kampung Melayu Siniawan, Kampung Peros and Kampung Belimbing in Krokong, and Siniawan Bazaar.

Miro said as of 5pm, some 203 families were evacuated to 10 temporary evacuation centres.

“The most badly affected area is Siniawan town. Many shops, especially those near the river bank, were inundated by water. On the other side of the Sarawak Kanan river, 25 houses in the Malay Kampung were flooded,” he said.

Miro said his service centre would be giving assistance in the form of food baskets to the flood victims families.