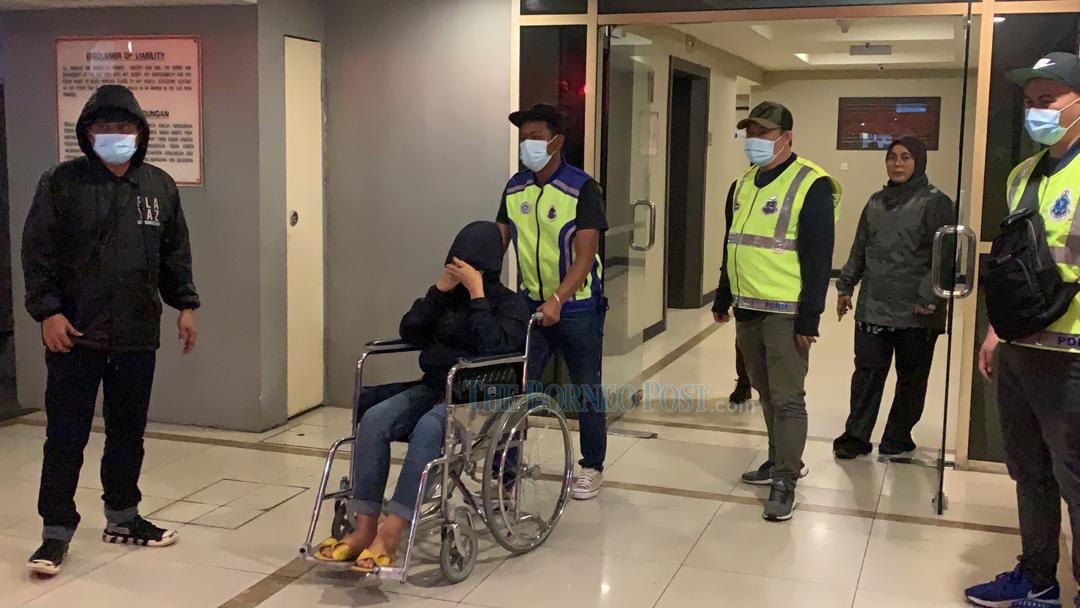 The suspect being taken away in a wheelchair after she was arrested near where the body of the baby girl was found. – Photo by Jeremy Lanson

KUCHING (Jan 14): A 19-year-old woman suspected to be the mother of a newborn baby girl whose body was found dumped at Jalan Bukit Mata here yesterday, has been arrested by the police.

Kuching District Police chief ACP Awang Din Awang Gani said the woman was nabbed after midnight in a hotel room near where the body was found.

He said in a statement that the public had informed the police that a baby’s body was found behind a bank at Jalan Bukit Mata at 9.20pm.

“The police team found the baby’s body with severe head injuries. After further investigation, a 19-year-old woman who is suspected to be the mother of the baby was arrested in a hotel room near the scene,” he said, adding that the woman was alone in the room.

The case is being investigated under Section 318 of the Penal Code which carries a jail term of up to two years or a fine or both for dumping or concealing the body of a dead baby.

Meanwhile, Awang Din said the suspect was sent to Sarawak General Hospital (SGH) for medical treatment. The baby’s body was also sent to the hospital for further action.