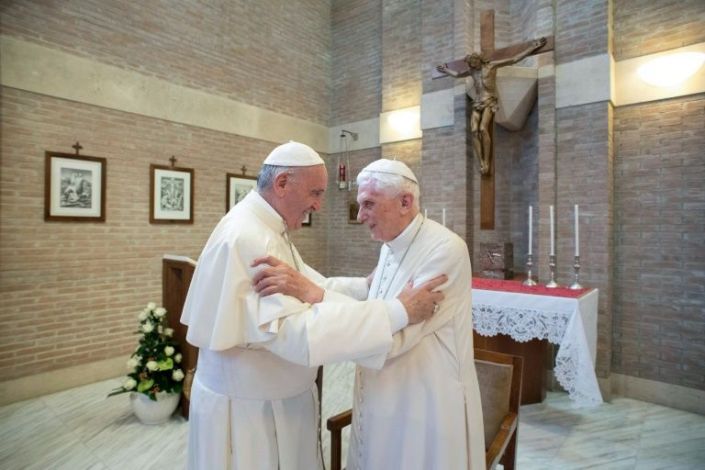 Both Pope Francis and his predecessor, former pope Benedict XVI, have received the coronavirus vaccine, the Vatican said on Thursday.

The Argentine pontiff, 84, has previously spoken of the importance of the jab in the fight against Covid-19, which has severely curtailed his own love of being among his flock.

Under the Vatican’s vaccination programme launched Wednesday, “the first dose of the Covid-19 vaccine has been administered to Pope Francis and the Pope Emeritus,” spokesman Matteo Bruni said.

It had already been reported that Francis, 84, had received the jab on Wednesday, but officials declined to confirm the news.

The Vatican News portal said Benedict, 93, was given a dose on Thursday morning.

The former pontiff, who stepped down in 2013, lives in a converted monastery in the Vatican gardens.

In an interview broadcast at the weekend, Francis urged people to get the vaccine.

“There is a suicidal denial which I cannot explain, but today we have to get vaccinated,” he told Canale 5.

The Vatican in December said it was “morally acceptable” for Catholics even where the vaccines had been developed using cell lines from aborted foetuses.

In his Christmas message last year, Francis also added his voice to calls for vaccines to be available across the globe, not just in rich countries.

He urged “vaccines for all, especially the most vulnerable and most in need in all regions of the planet”.

The Argentine has been forced to limit his interaction with the public since the virus first swept Italy early last year, notably switching his weekly Wednesday audiences online.

Francis conceded at the weekend that his historic trip to Iraq planned for March, the first visit by a pope to the Middle Eastern country, could be in doubt.

Recalling how he was forced to cancel his foreign trips last year due to the pandemic, he said: “I don’t know if the upcoming trip to Iraq will happen.”

He added: “I cannot in all conscience encourage gatherings.”

There are serious concerns about how Francis would cope if he himself became infected, given both his age and his history of lung problems.

The pope almost died when he was 21 after developing pleurisy, according to biographer Austen Ivereigh, and had part of one of his lungs removed.

He recalled the incident in a recent book, “Let Us Dream”, saying: “I have some sense of how people with coronavirus feel as they struggle to breathe on ventilators.”

Media reports suggested Pope Francis received the Pfizer-BioNtech vaccine, which was authorised for use in the European Union on December 21. — AFP