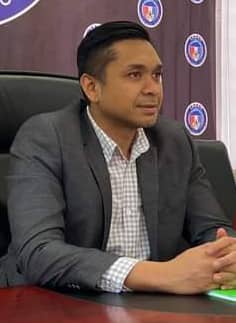 KOTA KINABALU: Sabah Football Club (Sabah FC) is close to finalising its squad for the 2021 Malaysian League with 22 players signing their contracts in the past few days.

The state senior squad list also include South Korean central defender Park Tae Su, who will fill one of the five foreign import quotas for the upcoming campaign.

Team manager Ahmad Marzuki Nasir said they were on the lookout for several players, including foreign imports, to complete the squad.

“We are doing our utmost best to look for quality foreign imports and we have identified several candidates.

“However, the Covid-19 crisis is hampering our efforts to bring them over,” he said here today.

According to him, Jamaican international forward Dane Kelly was one of the players they were interested in.

Kelly is the all-time leading goalscorer in the USL Championship, the division II professional league in the United States, and he had also played in the top tier Major League Soccer with DC United.

The players apart, Sabah FC however has already confirmed its team officials and coaches for the 2021 campaign.

“At present, we are still trying to get foreign imports but apart from that, we can fully focus on our preparation,” he said.

However, with the implementation of the Movement Control Order (MCO) until January 26, the squad have settled for training from their respective home.

“Training in group is not allowed during MCO but the players have been given training programme by the coaching staff.

“They will resume training at their home and their progress will be monitored via online platform,” added Marzuki.

The Super League has been scheduled to start late February.