Friday, May 20
You are at:Home»News»Nation»Ismail Sabri: Failure to observe physical distancing contributing to rise in Covid-19 cases 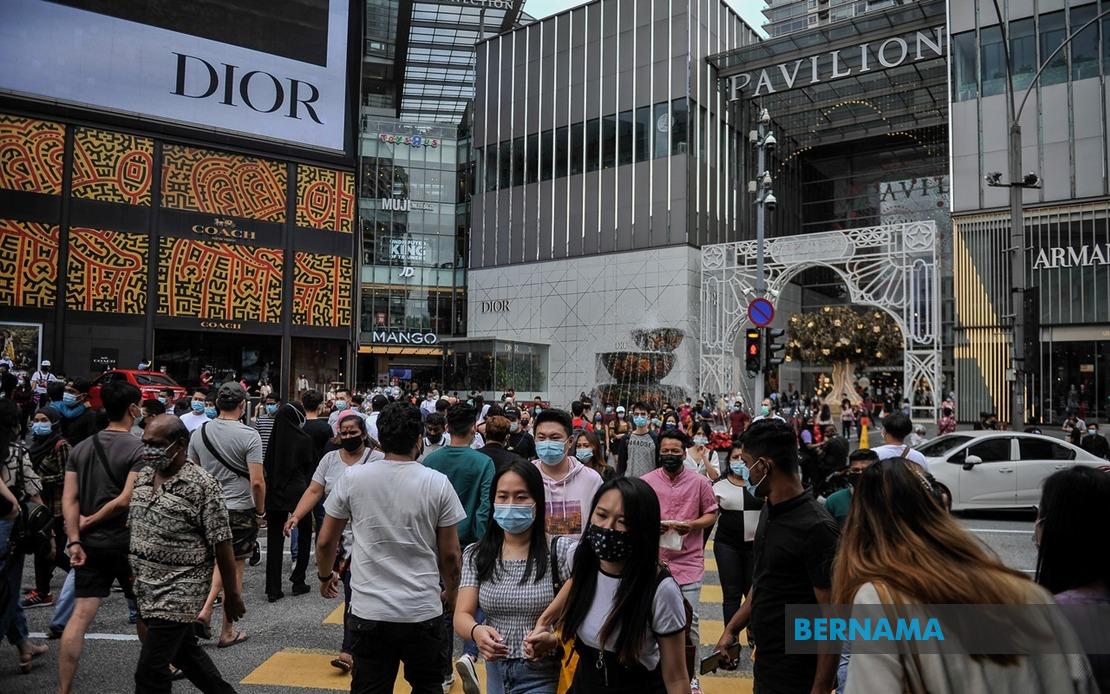 KUALA LUMPUR (Jan 24): Tomorrow marks a year since the Covid-19 pandemic hit the country with the first case involving three Chinese nationals who entered Malaysia via Johor from Singapore on Jan 20, 2020.

During the first wave, majority of the Covid-19 cases were imported and did not involve Malaysians,  while the infection during the second wave involved local transmission with the first case reported on Feb 4, 2020.

It was during the second wave that the government imposed the Movement Control Order (MCO), beginning March 18 with strict standard operating procedures (SOP) and a few months later, when the infection  showed a declining trend, the government loosened the SOP slightly with the introduction of the Conditional MCO (CMCO) from May 4 May, followed by the Recovery MCO (RMCO) on June 10.

As of yesterday (Jan 23), the cumulative number of cases reported was 180,455, with 42,769 active cases, meaning the country is expected to continue to record high daily figures.

A total of 667 deaths due to Covid-19 have been recorded so far.

One thing that should be acknowledged is that the government has implemented various initiatives, advocacy and regulations in the country on the advice of the Health Ministry (MOH), whereby during this period, Malaysians are informed almost every day on the latest developments pertaining to the Covid-19 infection, especially by Senior Minister (Cluster Security) Datuk Seri Ismail Sabri Yaakob and Health director-general Tan Sri Dr Noor Hisham Abdullah.

It has been a year, issues on Covid-19 pose a main challenge to the country, not only in terms of health,  but its impact on the economy.

Recently,  during an exclusive interview with Malaysian National News Agency (Bernama) journalist Thivyamalini Ramalu at his office, Ismail Sabri, as the minister responsible for the issue on addressing Covid-19 from non-health aspects,  shared his views and experiences on the challenge of managing the pandemic, especially on the implementation of the prescribed SOP during the MCO, CMCO and RMCO period.

Following is the transcript of the interview:

Bernama: The Covid-19 epidemic has hit Malaysia for a year. Since March last year, the government has implemented the MCO, followed by the CMCO and RMCO. Initially, the effort seemed successful in reducing the number of cases, but it became critical to an extent that MCO was enforced again. until the PKP had to be implemented again. What caused the increase in infection?

Ismail Sabri:  At that time (March 2020), the people were too scared of Covid-19. When the government says ‘stay at home, do not go out’, almost all citizens obey and violation of the standard operating procedures (SOP) was less. But over time, (maybe) the people feel that life is back to normal because there is no MCO and even the government also starts to provide relief gradually.

Almost all economic sectors were opened and even social activities, such as holding of feasts and sports activities were allowed, causing the people to feel safe from Covid-19. Although the regulation to wear face mask is observed, mass group activities still took place, especially during the Sabah State Election (PRN).

Physical distancing was almost not complied with. At that time, one of the reasons for the increase in cases in Sabah was due to foreign immigrants and spread in the next community, subsequently to the peninsula, after the PRN ended.

Bernama:  What was the public rate of compliance with the MCO SOP?

Ismail Sabri: Based on a study conducted by Universiti Teknologi Mara, almost 95 percent of the people complied with the SOP on the use of face masks. It has become a new culture, even in the village, even though tit is not  emphasised. But MOH thinks that face mask alone without physical distancing is not enough. We see most places, like restaurants for example, there is no physical distancing. This is the most dangerous.

Bernama: Many say that the cases increased again when inter-state movement was allowed, including for holiday. What is Datuk Seri’s opinion on this?

Ismail Sabri: There may involved inter-state crossing, but in terms of the largest contributors of cases, they are  are foreign workers in the manufacturing sector, which is why they are required to undergo Covid-19 screening test. Secondly, it’s the workers at the construction site. So, we focus on these problems by providing conducive housing for workers and so on. As for the Covid-19 case due to inter-state crossing, it is just one of the contributors of cases and not the largest contributor.

Bernama: How is Covid-19 seen able to discipline the people, as well as making them adapt to new norms?

So far, the use of face masks is obvious and we see people starting to change their way of life and with more discipline,  for example such as bowing respectfully to avoid shaking hands or contact.

The issue is physical distancing because they believe by wearing the face mask, being at a close distance with others is not a risk.

Bernama: The SOP on physical distancing is clearly difficult to comply with and what is the action by the authorities to instil awareness about it?

Ismail Sabri: Firstly, we can only remind the people. Despite being reminded by me and the Health DG (Dr Noor Hisham) on the SOP compliance, every day there will be dozens of people being taken action against for failing to comply with SOP. Secondly, it is a legal action, with its own punishment and the third, is self-awareness. There are policemen who are gentle and use their discretion, but sometimes they have no choice, resulting in the people to be penalised.

Bernama: On the country’s border, when will it be opened?

Ismail Sabri: We will not open the border so quickly because other countries are also facing the Covid-19 pandemic. Although the government recently planned to open its borders for some countries through the green zone travel bubble, but it was put on hold.

This is because it is Malaysia that intends to, but what about other countries that will not allow Malaysians to travel to their country? The United States has also issued a directive for its citizens to consider traveling to our country due to the high Covid-19 case.

I think, this matter on the border will be the last to be opened because otherwise, cases from other countries will enter and spread in the country. For example, we still stop students from the United Kingdom who study in this country (to come). Other students are allowed to enter through strict SOP. – Bernama

Previous ArticleTraffic movement in Sibu down by only 25 pct since start of MCO
Next Article Rejang Park Market to reopen Jan 25, council reminds visitors to abide with SOP