Monday, March 1
You are at:Home»News»Plans to restore memorial stone at St Thomas Cemetery 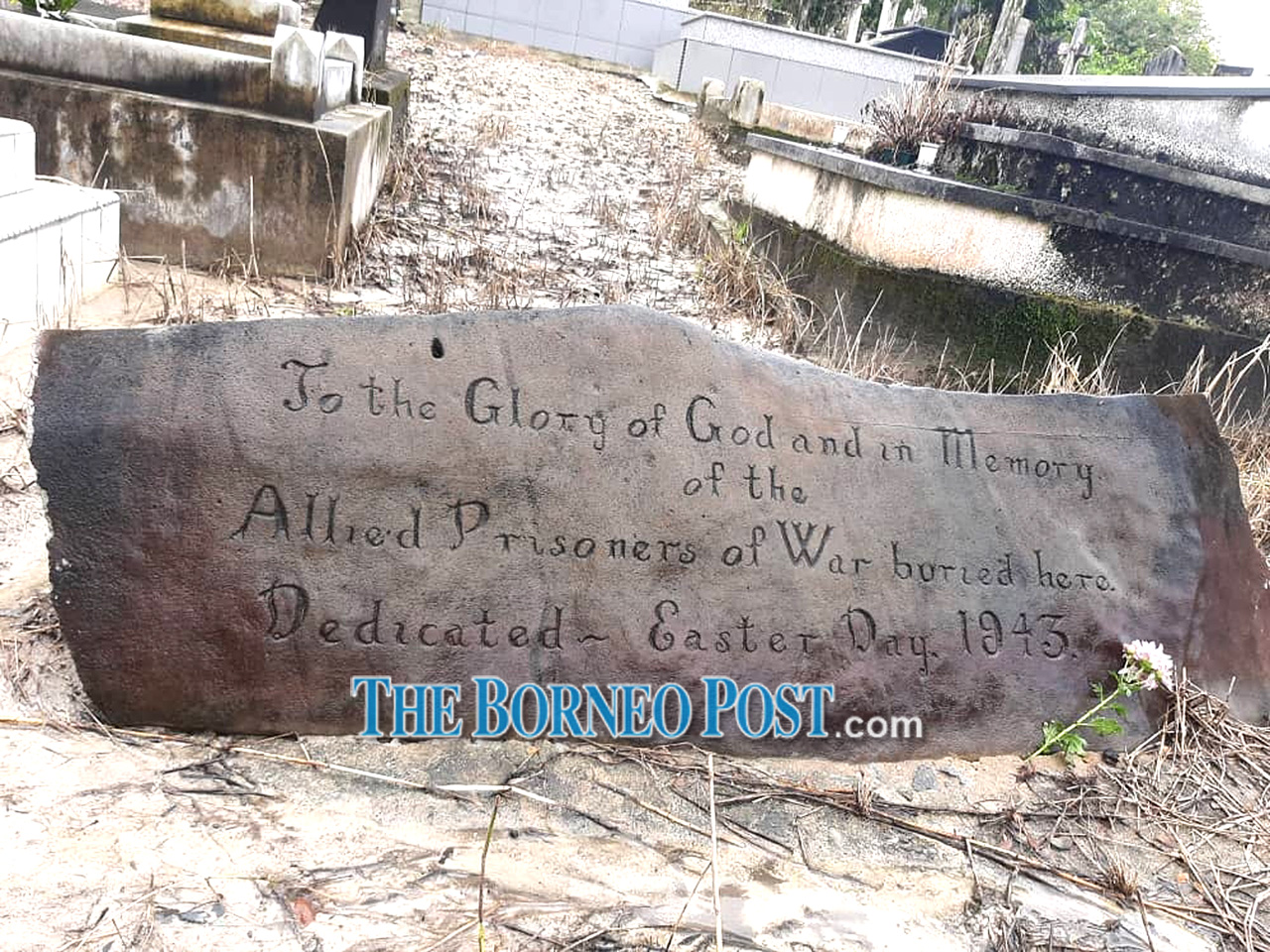 KUCHING: A memorial stone which marked graves dating back to the World War II was rediscovered recently at the St Thomas’ Anglican Cemetery in Kuching.

Sarawak Tourism Federation advisor (heritage development) Dato Lim Kian Hock said the search for the memorial stone amid the pandemic followed enquiries from the public who visited the cemetery during All Souls Day last year.

“We managed to hold fruitful discussion with the Anglican Church to restore and preserve this Memorial Stone Marker with possible sponsorship, as the

Anglican Church is the oldest mission established in 1848 with many heritage graves,” he said yesterday.

Lim revealed that there have been stories recorded in books regarding dead prisoners of wars (POWs) who were buried at this cemetery.

“After the war in 1946, all the POW graves (except local ones) were exhumed and interned at  the Commonwealth War Graves in Labuan. We have thus written to Australian War Graves Department to request for their archived historical record and old photos regarding this Memorial Stone Marker and original graves of the WWII Heroes.

“This is to further enhance our joint ANZAC Student Exchange Heritage Education programmes and WWII Heritage collaboration,” he said.

St. Thomas Anglican Church is the oldest mission in Borneo and also the first to start a mission school.

“The cemeteries there have the graves of Brooke officers and early missionaries. The grave of James Howe, the early missionary of the  Methodists, Sibu was there too.

“Interestingly, a big size belian tree of many decade is  standing in greenery in front of the St. Thomas’s Principal’s Office up till today,” he said.