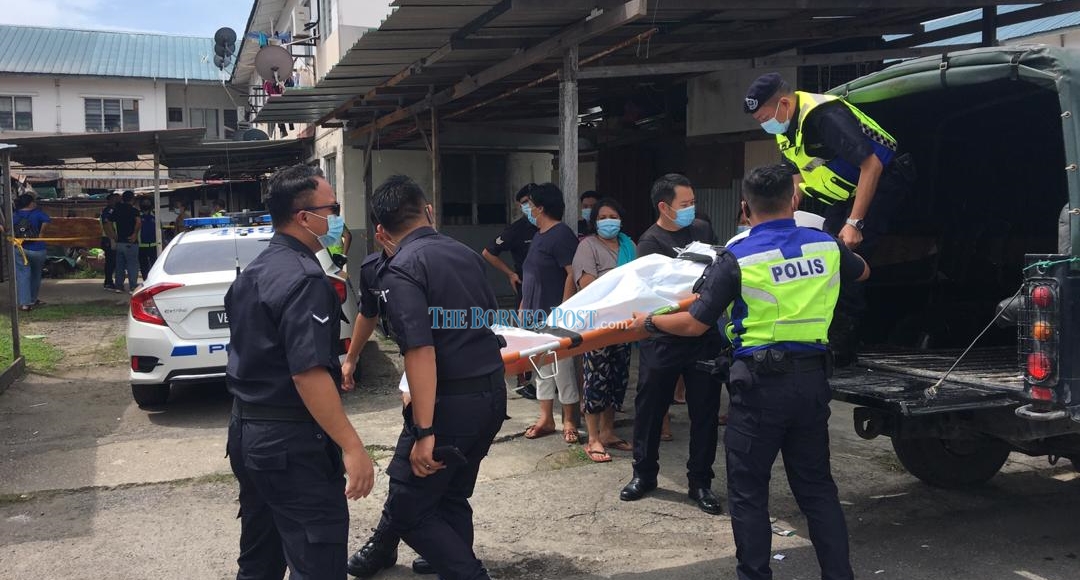 Police carry the deceased’s body in a body bag after he was found dead by his elder brother at their house in Taman Ceria, Permyjaya at around 12.30pm today.

The body was discovered by his elder brother in the kitchen.

According to sources, the deceased was having a meal in the kitchen when his elder brother came home from work at around 7am.

However, he was shocked when he found that his brother was already dead when he woke up at around 12.30pm.

Meanwhile, Miri police chief ACP Hakemal Hawari when contacted, confirmed to have receive a report on the case.

Police have classified the case as sudden death.