Saturday, April 17
You are at:Home»News»Sabah»Argentinian may lead Sabah FC frontline 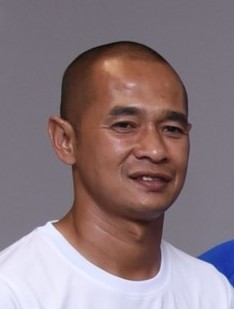 The Argentine footballer is among the foreign players high on the radar of head coach Kurniawan Dwi Yulianto, with the Indonesian trainer going as far as admitting the 30-year-old would fit into the squad style of play.

Kurniawan also said the team management too had been informed of the matter, although he stressed that nothing is concrete at this point of time.

“There are several matters that we need to look into. We want to know why he left JDT and that how is his fitness level now…is he injured or not.

“All these are very important. In fact, all the foreign imports that we are eyeing will have to go through similar process because we don’t want to have problem like injury to the players when the season has already started.

“We must learn from what happened last season,” he said.

Kurniawan went on to say that Sabah FC have basically agreed to the fee involved to bring Diaz here and that he had also been in contact with the player’s agent previously.

However, Kurniawan said a decision would only be made after finalising some matters.

“For now, all I can say that he is a player that I’m interested (to bring) into the team…his style of play is suited to the team,” he added.

For the record, Diaz played for JDT from 2014 to 2016 and 2018 where he helped the Southern Tigers to win domestic titles including the Super League and also FA Cup title.

Diaz, who also won the Golden Boot award in 2016 Super League season, played for  clubs in Argentina, Bolivia and Chile after he left JDT in 2018.

Meanwhile, Kurniawan said the state senior footballers are continuing their training from home during the Movement Control Order (MCO) period.

“The players have been given daily training programme where the coaches will be monitoring their progress.

“That said, we are very hopeful that we can return to full training session on the field,” he said.

The 2021 Malaysian League has been scheduled to kick off in late February.