Wednesday, November 30
You are at:Home»News»Sarawak flood evacuees rise to 985 at 8am, 18 evacuation centres opened 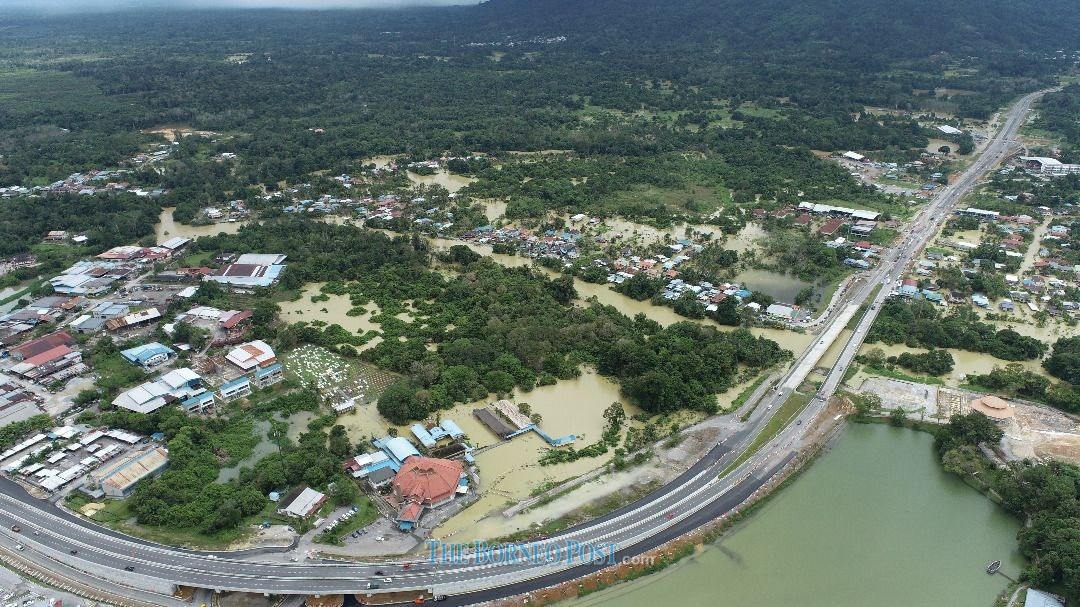 An aerial view of the flash flood in Serian division yesterday.

KUCHING (Feb 5): The number of flood evacuees in Sarawak has risen to 985 from 321 families at 8am, compared to 956 from 313 families at midnight, said the State Disaster Management Committee (SDMC).

Serian remains the hardest hit division by the flash floods, recording a total of 710 displaced victims as of 8am today.

In Samarahan and Simunjan, the number of flood victims is currently at 267 from 86 families.

In Tatau, Bintulu the number of victims remained at eight from two families since Feb 3.