Friday, February 3
You are at:Home»News»Nation»CNY reunion dinner saved by technology as siblings ‘get together’ virtually
For the freshest news, join The Borneo Post's Telegram Channel and The Borneo Post on Newswav. 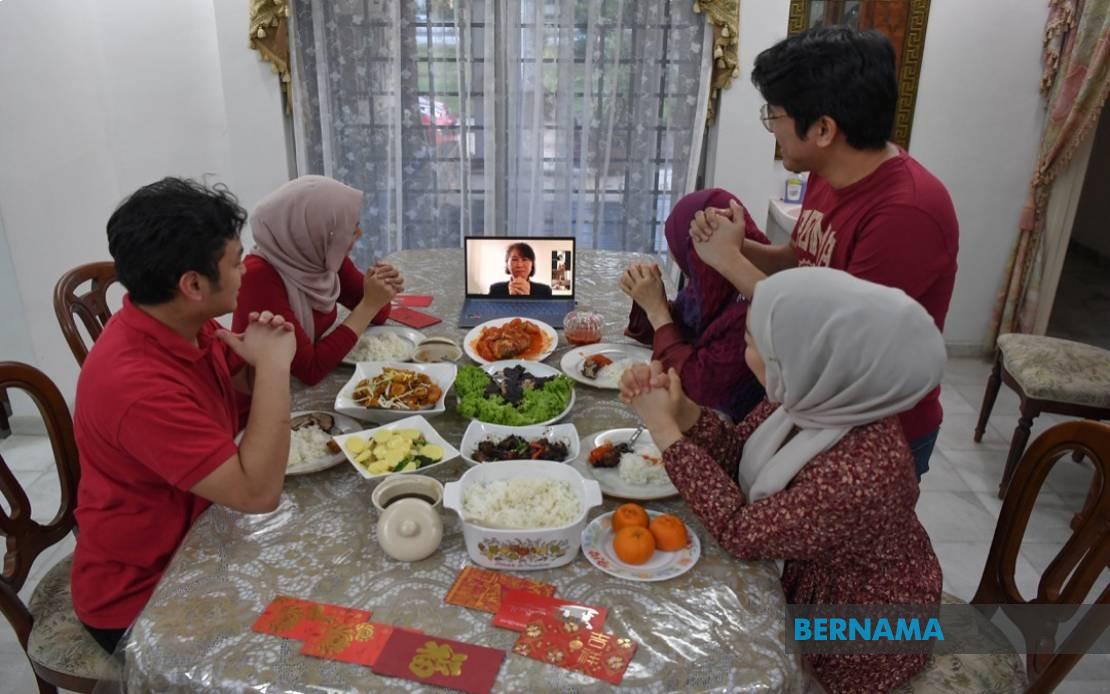 Norhana said the reunion dinner at her house today was also very special because she was able to spend it with her three children, son-in-law and granddaughter. Bernama Photo

KUALA NERUS: Embracing different religions and being distant from the family due to the Movement Control Order (MCO) has not been a hindrance to celebrating the reunion dinner (makan besar) tradition in conjunction with Chinese New Year tomorrow.

Terengganu Malaysian Chinese Muslim Association (MACMA) chairman, Datin Norhana Ng Abdullah, 63, said the event was an age old tradition that would not be forgotten, but this time it was celebrated differently with her six siblings.

“This year we only communicate via video call. Although we are not able to be together, at least we get to see each other while being with their respective families.

“The most important thing for me is that given the challenges such as the MCO, the bond between family members is preserved and does not affect our close-knit kinship,” she said when met by reporters at her house in Kampung Pengkalan Maras today.

Norhana, who converted to Islam 37-years-ago, seemed very happy to chat through a video call that was also joined by her six siblings, including three who are in London, United Kingdom, one in the Philippines and two others in Kajang, Selangor.

Norhana said the reunion dinner at her house today was also very special because she was able to spend it with her three children, Nur Dini Mohamed Anuar, 25; Muhamad Faiz, 23, and Noraishah, 27, son-in-law, Muhamad Faris Hadi Zulkiflee, 27, and three-day-old granddaughter, Amelia Arissa Liyanne.

Norhana and all her children look resplendent in red baju kurung while the son-in-law was clad in a red t-shirt to celebrate the festivity despite being thousands of miles away from her siblings.

“Usually, we would gather at my younger siblings’ houses in Kajang and would cook the family’s favourite dishes together.

“They are aware of what is permitted in Islam and that has never been an issue as we totally understand and respect each other,” said Norhana who is actively doing preaching work in Terengganu.

Although it is difficult to gather her siblings together, Norhana was still happy to have been able to spend time with her two younger siblings in Kajang in previous years.

“The best was when we gathered in Kajang to make a video call to other siblings in London and one in the Philippines.

“Who would have thought that this year we would have to communicate via the same way. Everyone had to be with their family members, even the ones in London could not be together due to the Covid-19 pandemic lockdown.

“Although it is a little sad, we have to accept it and hope the pandemic will end so that we can be together again soon,” she said. — Bernama

Previous ArticleFree vaccines: “We will not be safe until everyone is safe” – Khairy
Next Article Biden presses Xi on HK, Xinjiang in first phone call