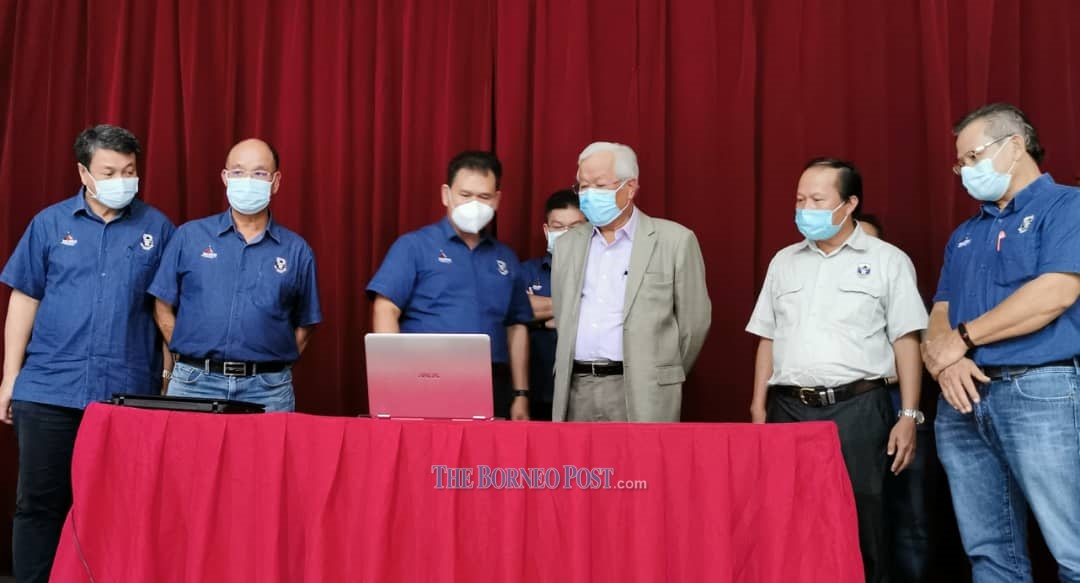 KUCHING (Feb 14): Dayak Bidayuh National Association (DBNA) has released Covid-19 awareness videos to remind the community on the standard operating procedures (SOPs) and preventive measures to curb the spread of the virus.

DBNA president Datu Ik Pahon Joyik said in a statement today that the association embarked on this awareness programme since many Covid-19 cases had occurred within the community in the villages including one cluster detected in Bau.

“We worked together with the Bidayuh Council of Elders to produce the videos which aims to remind our community to follow the SOPs and for them to be aware of the ‘do’s and don’ts’ in this fight against Covid-19.”

“We are also arranging for the videos to be screened on TV Sarawak and for its audio to be aired on Bidayuh FM,” he said during the launching ceremony of the videos held after the association’s 4th Extraordinary General Assembly (EGA) yesterday (Feb 13) at the DBNA multi purpose hall here.

Ik Pahon also expressed his appreciation to all those involved in ensuring the videos are completed within short notice since early this month, and also thanked Radio Televisyen Malaysia (RTM) Sarawak for free usage of its studio to do the voiceover.

Manyin who is also DBNA advisor, hoped these videos will make the Bidayuh community especially those in the rural areas to be better aware of the preventive measures against Covid-19.

Available in the four main dialects namely Bukar-Sadong, Bidayuh Bau, Biatah and Salako, these videos can be viewed on DBNA’s official Facebook page, and already shared many times online on social media platforms since yesterday (Feb 13).

The delegates had comprised members of the supreme council and delegates coming from 13 branches, which is more than half of the 21 branches as required under the DBNA constitution to hold the EGA.

The government grant had been handed over by Chief Minister Datuk Patinggi Abang Johari Tun Openg on September 3 last year, eight months after he pledged the grant during DBNA’s 65th anniversary celebration.

The work on proposed DBNA Community Hostel, which comprises 96 rooms and other facilities, is scheduled to commence next month (March) and expected to be completed in 2023.

This latest Bidayuh landmark will be built next to the multi-purpose hall at the DBNA headquarters in Jalan Kumpang, Kuching.

Also present at the EGA were a political secretary to the chief minister Dr Simon Sinang Bada and consultants of the project.