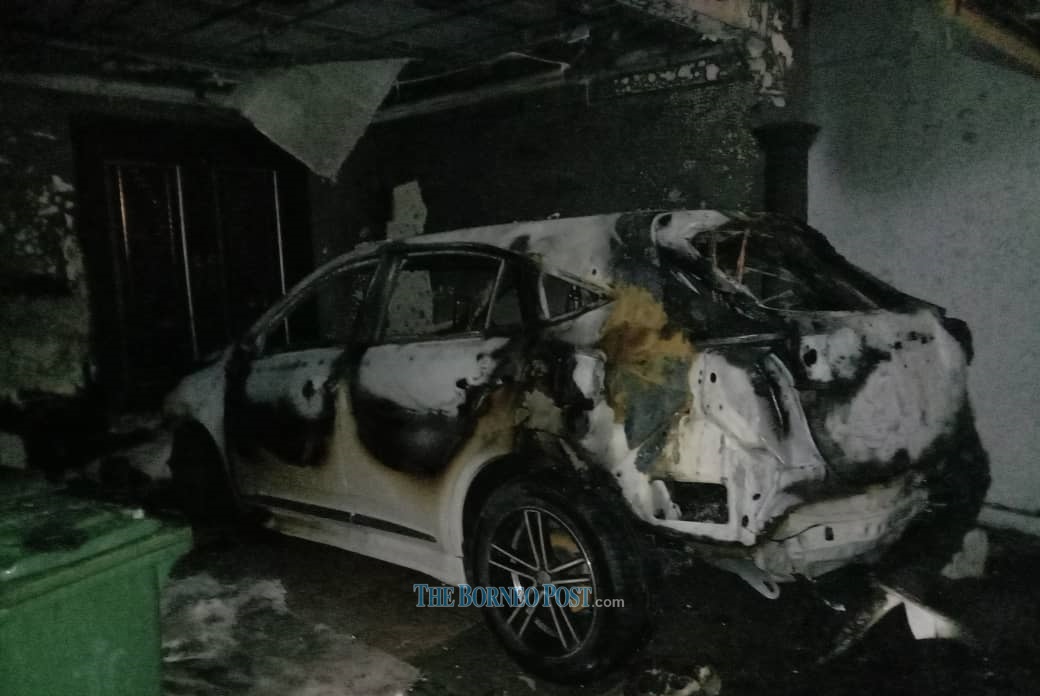 The fire had engulfed the vehicles parked at the porches of the two houses.

KUCHING (Feb 15): Residents in two houses at Taman Seng Goon here were gripped by panic after their vehicles parked in their porches were set ablaze this early morning.

A spokesperson from the Sarawak Fire and Rescue Department said an emergency call on the incident was received at around 2.07am before dispatching teams from Batu Lintang Fire Station and Tabuan Jaya Fire Station to the scene.

“Upon arrival, the operation commander reported fire involving two vehicles at two houses in the same lane,” the spokesperson said in a statement today.

The fire had also engulfed a car at another house and was damaged 60 per cent, with the house’s ceiling sustaining 15 per cent damages.

“All residents of the houses are safe and with the situation under control, the teams returned to their respective stations, ” he said, adding that the operation ended at 3.12am.

Total losses and the cause of fire is currently under investigation.