Saturday, April 17
You are at:Home»News»Nine men nabbed for Valentine’s Day riot over woman in Kuching 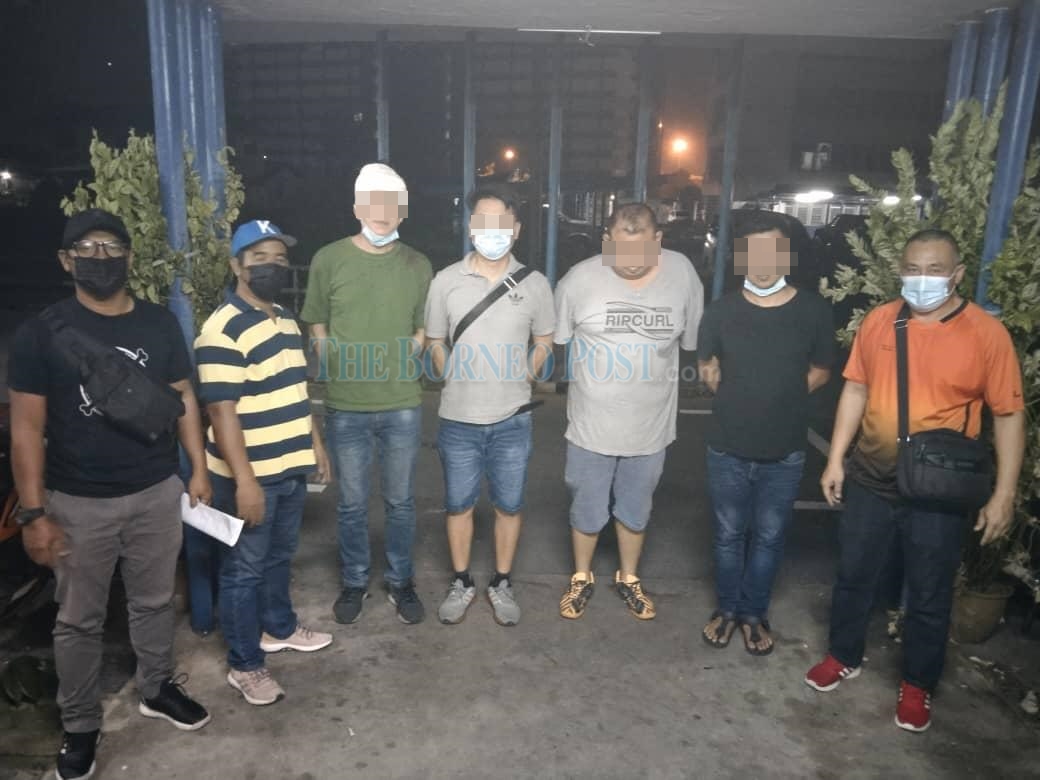 Four of the suspects in police custody after they were rounded up.

KUCHING (Feb 15): Valentine’s Day turned ugly for nine men who were arrested by police here after a fight over a woman.

Kuching district police chief ACP Awang Din Awang Gani said the incident at 5pm in front of Chong Lin Plaza at Green Road here yesterday was due to a dispute over a woman and feelings of dissatisfaction against each other.

He said after the riot, police launched a manhunt to apprehend the suspects and the first arrest was made at 12.14am today.

All suspects aged between 20 to 35 were arrested around Kuching and Padawan areas.

“On Feb 14 at around 5pm in Chong Lin Plaza, Green Road, a riot broke out between two parties and it is suspected that it was due to a woman and dissatisfaction among each other.

“During the incident, all suspects were armed with machetes, canes and a samurai sword,” he said in a statement today.

He said one of the suspects sustained light injuries to the head.

The weapons used in the riot and two vehicles were also seized by the police.

All suspects were remanded for further investigation under Section 148 of the Penal Code, which carries a jail term of up to five years or a fine or both.