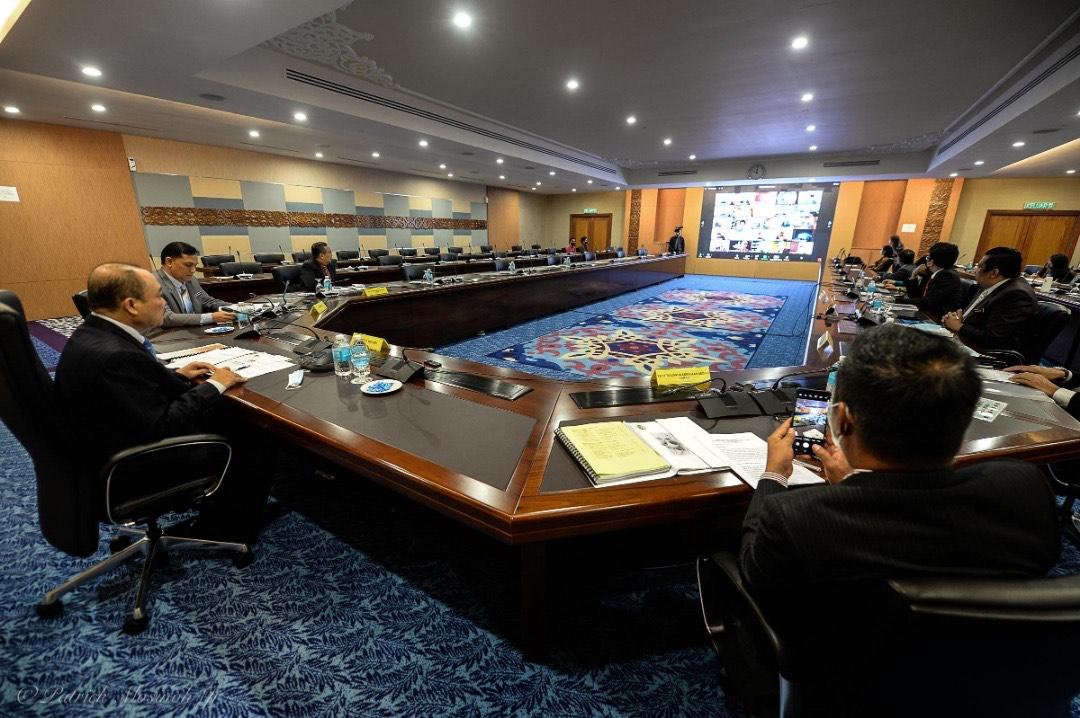 Hajiji when chairing the first MTPNg Sabah this year, at PPNS.

KOTA KINABALU: The Sabah State Government has agreed to set up a Special Committee for the Establishment of Sabah Federal Projects to ensure coordination can be done more systematically and quickly.

“Today’s meeting agreed to set up this special committee, to reduce delays in completed projects in the state. ‘Sick’ or expired projects are something that is very detrimental to the people in the affected areas.

“The form of this committee will be refined and detailed so that it is truly effective and achieves the objectives of its establishment.

“I also hope the creation of the committee will be able to identify issues or things that are obstacles at the initial stage, thus can be resolved,” he said.

Hajiji, who is also the state Finance Minister wants the government departments or agencies involved to take immediate action to complete all late projects such as the construction of schools, hospitals, electricity and rural water supply in the state.

“I ask for cooperation and coordination between state and federal government agencies to be improved, in an effort to speed up the implementation of government projects or programs in Sabah,” he said.

He also asked for any delayed projects to be expedited because it is only detrimental to the people and the government and will further increase costs.

In the meantime, Hajiji asked the MTPNg committee to ensure that the large allocation channeled by the Federal government can be spent well for development in the state.

“We want the allocation to be fully spent to ensure the development benefits are enjoyed by the people.

“We do not want any issue of returned allocations because it cannot be spent,” he added.