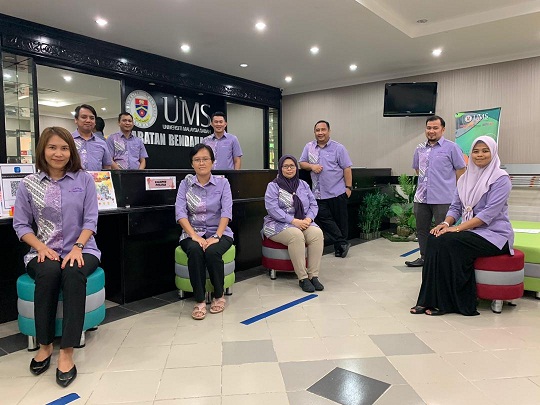 The Treasury Department of UMS through its team, Momentum, was awarded the Innovation Award for Finance under federal category.

UMS Treasury Department through its team, Momentum, captured the attention of juries with their innovation in setting up an online payment system which won them the Innovation Award for Finance under the federal category.

The university also received the Innovation Award for Education under federal category through its PPST STEM Warrior team under the Preparatory Centre for Science and Technology (PPST) which demonstrated their innovation in cultivating interest in science, technology, engineering and mathematics (STEM) among school students using problem-based learning.

UMS’ victory was broadcast live on the Sabah government official YouTube channel and Zoom application.
The results were also witnessed by UMS representatives for both categories, who received RM3,000 cash prize and a trophy each.