Sunday, March 7
You are at:Home»News»Sabah»28 teams to vie for Bung Moktar Cup 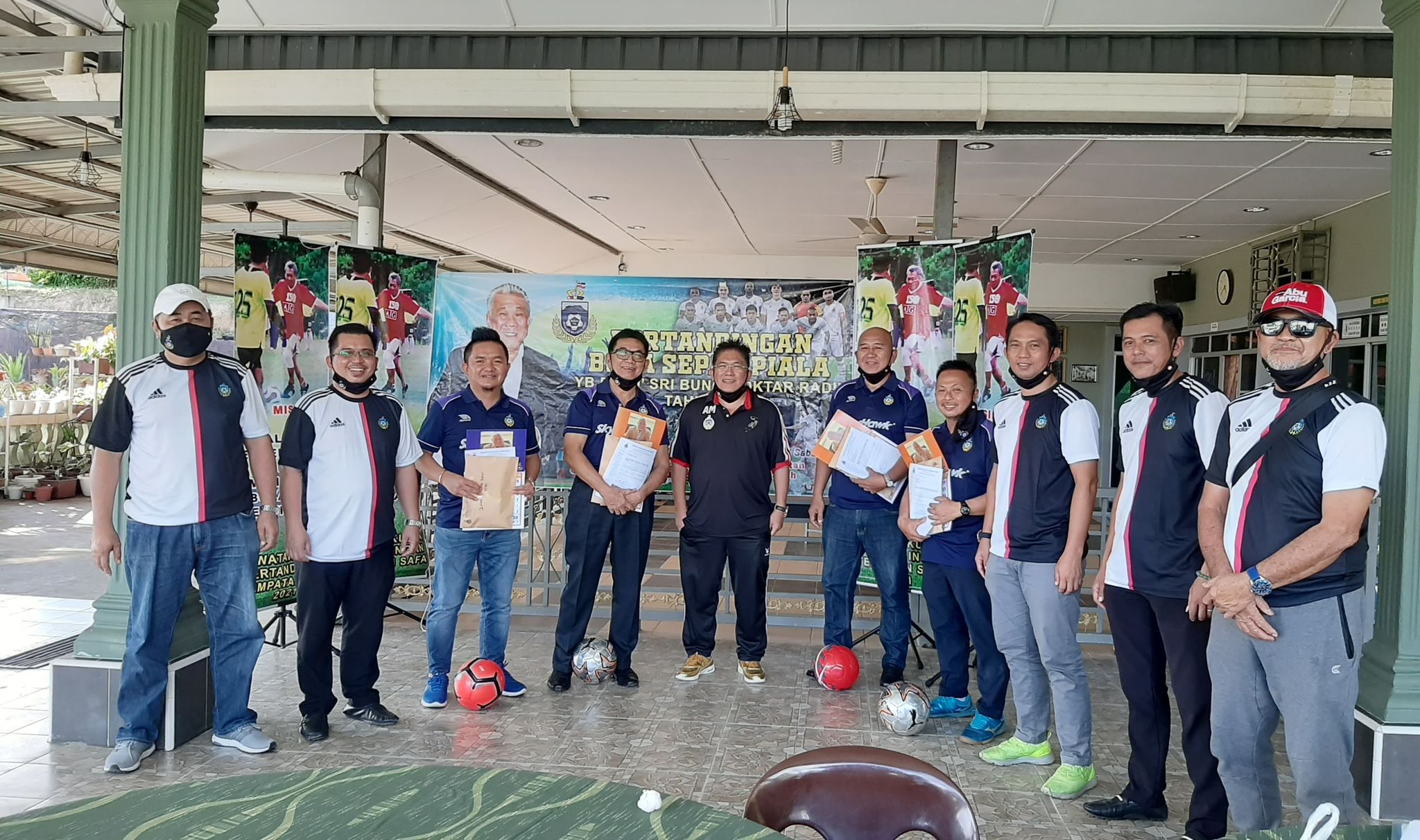 Azman (fifth left) posing for a photo with the West Coast Zone team at the end of their briefing.

KOTA KINABALU: Twenty-eight teams from eight zones are expected to compete in the Bung Moktar Cup Tournament which was introduced by the Sabah Football Association (SAFA) this year.

SAFA Assistant Secretary General, Azman Mastar said the under-18 tournament will only be held once the government allows the re-organization of football activities.

“We are in the early stage of planning the tournament and once the state government allows football activities to resume, we will hold the tournament,” he said at the SAFA office, here today.

Azman, who is also the chairman of SAFA Local Competitions Committee, said the committee has been given the mandate to organize the tournament and as soon as the state government gives the green light (for football activities to resume), they will hold a meeting to decide the date of the tournament.

All eight zones that have been determined by SAFA have been briefed in regards to the tournament.

“We are satisfied with the response from the zones and they have been very supportive and looking forward to the tournament,” he said, adding that the tournament is in line with the aspirations and direction of SAFA Acting President, Datuk Seri Bung Moktar Radin.

Another tournament, the Hajiji Cup which replaced the Chief Minister’s Cup Championship, is also on the SAFA calendar and is expected to be held this year, as both tournaments are the association’s priority.