Sunday, February 28
You are at:Home»News»Covid-19: Valentine’s Day riot in Kuching results in one of two new clusters in Sarawak 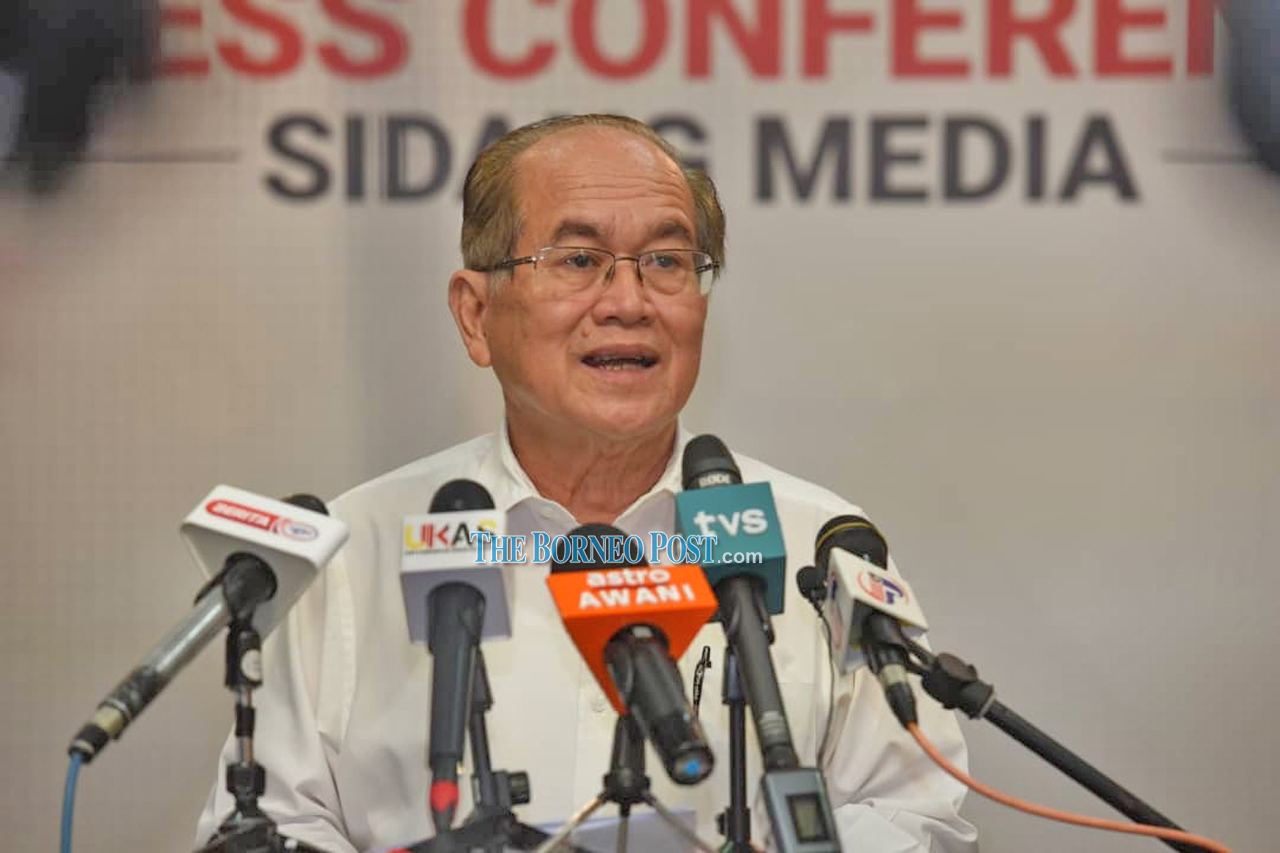 Uggah presents the data during the Covid-19 update in Kuching.

KUCHING (Feb 19): A fight over a woman on Valentine’s Day here has led to a new Covid-19 cluster, dubbed the Jalan Green Cluster, which has six confirmed cases so far and has required more than 130 police personnel to be quarantined.

The other new cluster is the Kejatau Cluster which involves a government office in Sri Aman and has seven cases so far.

Uggah said the two index cases in the Jalan Green Cluster were detected through the screening of  detainees arrested by the police on February 14.

“As a result of tracing and screening of contacts to these two index cases, an additional four cases were detected,” he told a press conference of Covid-19 updates.

As of 12pm today, a total of 148 individuals have been screened in this cluster, whereby 30 were found negative and 112 are still awaiting laboratory results.

All six positive cases have been admitted to Sarawak General Hospital for isolation and further treatment.

The police had rounded up nine suspects over the Valentine’s Day riot at 5pm at Jalan Green. Kuching district police chief ACP Awang Din Awang Gani said the incident was due to a dispute over a woman and feelings of dissatisfaction against each other.

On the Kejatau Cluster, Uggah said it was a workplace cluster involving a government office at Wisma Persekutuan Phase 2, Jalan Kejatau, in Sri Aman District.

He informed that the index case  was a 27-year-old Sarawakian man who has been detected through screening of symptomatic individuals at the Sri Aman Health Clinic.

“As a result of tracing and screening of contacts to the index case, an additional six cases were detected, namely five cases among colleagues and one case involving a family member.

“Four new cases were reported today. As of 12pm today, 92 individuals have been screened, whereby seven were found positive and six negative, with 79 still awaiting results,” he said.

All cases have been admitted to Sri Aman Hospital for isolation and further treatment.

With the emergence of these two new clusters, the total number of active clusters in the state is now 24.

The Pasai Cluster in Sibu had an increase of 10 cases today, bringing the total to 2,609 cases. It remains the biggest active infection cluster, with a total of 35,000 individuals screened whereby 32,192 were found negative and 199 are still waiting for laboratory results.

The Jun Heng Cluster in Bintulu saw an increase of two cases for the day, bringing the total to 33 cases recorded in this cluster.

The Univista Cluster in Samarahan and Seruas Cluster in Beluru each recorded one new case today,  bringing their total to 47 and 80 respectively.

The other 18 clusters and one sub-cluster in the state did not have any new cases for the day.

Previous ArticleCovid-19: 2 deaths for 2nd day in a row in Sibu, 199 new cases in Sarawak
Next Article 28 teams to vie for Bung Moktar Cup