Tuesday, April 13
You are at:Home»News»Sarawak»Floods bring several areas in Kuching to a standstill, number of flood evacuees continues to climb 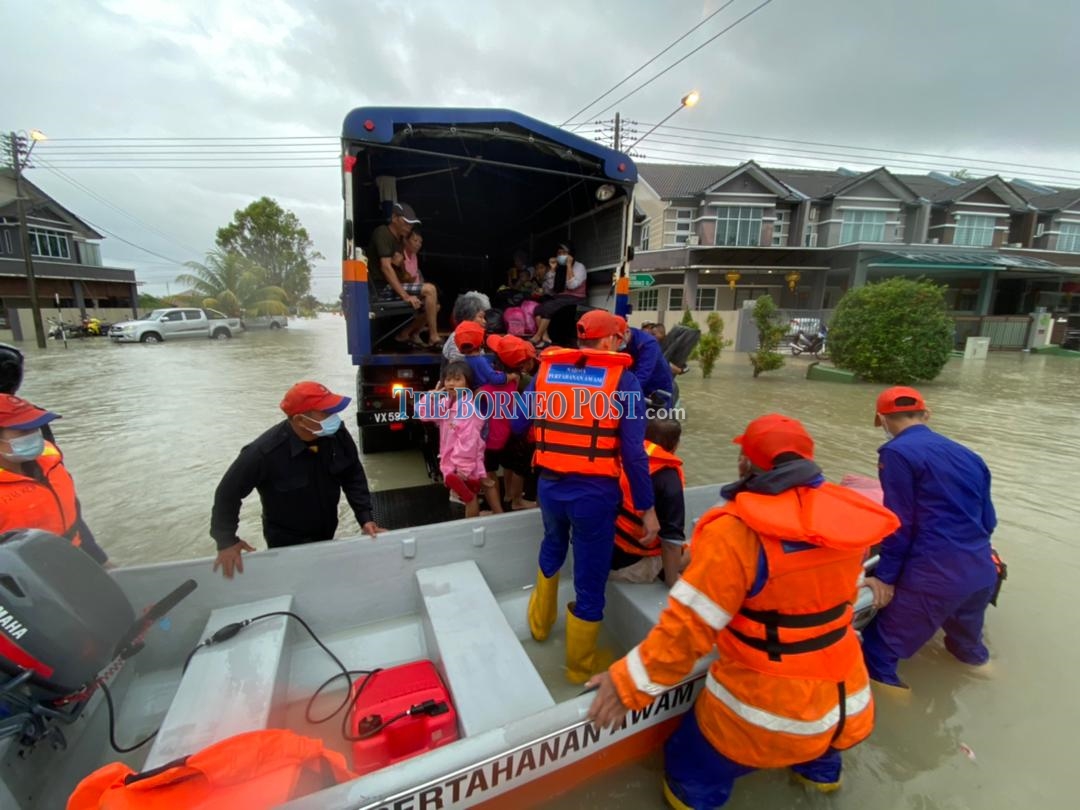 KUCHING (Feb 19): Incessant rain that lasted all through the night has brought traffic at several major areas in the city centre and suburbs here to a halt as roads become impassable due to flash floods and homes become inundated for the second time this year.

Several residents at Kampung Sinar Budi Baru, Batu Kawa has been evacuated due to the flash flood after the continuous rain.

This morning, teams from the Civil Defence Department could be seen to be ferrying victims on a boat before they were transported to safety via the department’s cargo truck.

It is however unclear where the flood evacuation centre will be set up temporarily. 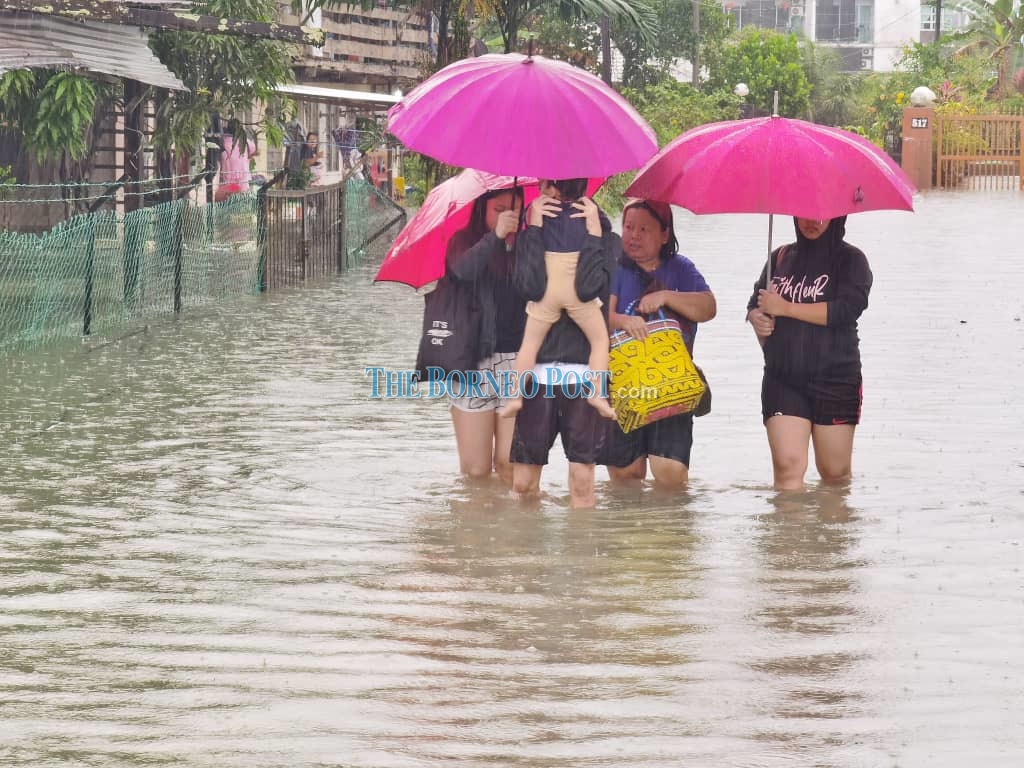 Residents seen traversing the rising floodwaters in Kampung Tabuan Dayak this morning. Photo by Chimon Upon

Facing the same predicament in Batu Kawa are residents in Desa Wira, whose houses are flooded and may be facing the possibility of being evacuated to a flood evacuation centre if the rain persists.

According to the Fire and Rescue Department, a total of 16 flood victims have been displaced by the flood which has affected areas in Samarahan, Serian and Lundu.

The victims consists of nine women, one man and six children.

As of 10.30am today, several posts on social media regarding the flash flood and roads that are being cut-off were uploaded by concerned members of the public.

Reports of a fallen tree at Kampung Haji Baki and Jalan Ensegai in Serian were also received, with residents in affected areas urged to exercise caution.