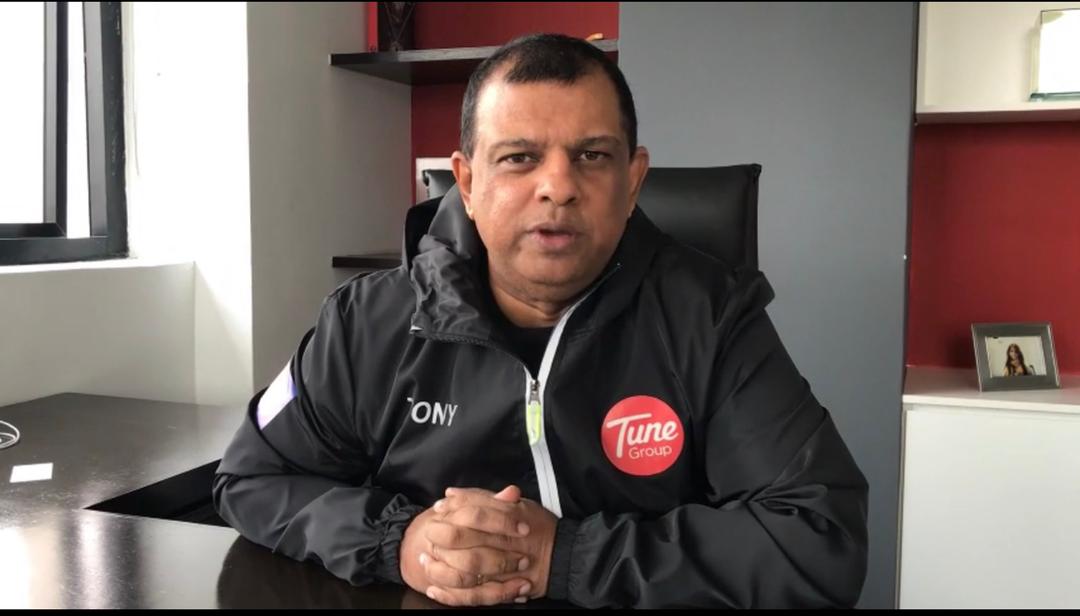 Screengrab of the video of Tony posted on the online tribute board for Irene in which he announced the naming of the plane.

KOTA KINABALU (Feb 19): AirAsia will name one of its jets, Irene, in honour of the late, Datuk Irene Benggon Charuruks, who was Sabah Tourism Board’s general manager for 25 years.

In a video posted on a tribute board created online by Irene’s family, the airline’s founder, Tan Sri Tony Fernandes, said it was the first time that the company has named its airplane after a person.

Dubbed the ‘Iron Lady’ of Sabah tourism, Irene had passed away on Monday after a brief and sudden illness. She was 70.

“Datuk Irene was a really remarkable and very special woman, and I want people to know her story with me and AirAsia,” said Tony in the 3:24 minutes video.

He said before he bought AirAsia with co-founders Datuk Kamarudin Meranun and Datuk Pahamin A. Rejab in 2001, The Edge newspaper had put out a story about how they wanted to acquire the airline and Irene was the person who took it seriously.

“I received a phone call, she said she wanted to fly from Sabah to meet me and to support AirAsia. That was visionary.

“I don’t think anyone believed in Tony Fernandes and Datuk Kamarudin in doing anything with Airasia. She came with the general manager of Shangri-La Hotel, Clement, the divers and three or four hoteliers. She came to sell Sabah to an airline that didn’t exist. A music guy who didn’t know whether he will succeed in the airline business.

“But she believed. She’d had the foresight, and she had passion for Sabah,” said Tony.

He also described Sabah as the reason why AirAsia survived.

Sabah, he said, was the most important market, after it started in Tawau and Sandakan, two major tourist destinations for Sabah.

“Irene and I have always had a special relationship. We fought once in a while because she helped other airlines, and get very jealous,” said Tony giggling.

“Sabah is an incredibly special place for me and for all AirAsia All Stars. We have a plane dedicated (to Irene),” he added.

In AirAsia, Tony said no matter how successful they are, it will never forget those people who helped them along the way, and Irene was one of them.

“So Irene this is for you, we’re going to name a plane after you, it will be the first plane we ever named and we dedicated it to you, so look for it up when its flying in the skies especially over Sabah when you look down us. Take care, rest in peace, lots of love, Tony,” he concluded.

Irene had retired from the Sabah Tourism Board in 2016 and is recognised as a key figure in transforming Sabah’s tourism industry.