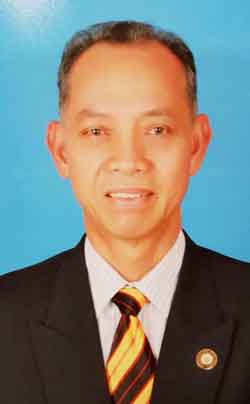 MIRI: The spate of Covid-19 infections in the rural communities is an expensive lesson requiring a change in longhouse lifestyle, said Assistant Minister of Local Government and Housing Datu Dr Penguang Manggil.

Authorities scrambled to rein in the explosion of cases detected in rural areas recently, a departure from the calm when longhouses escaped relatively unscathed in previous waves of infections in the state since March last year.

“The recent spate of Covid-19 infection which has spread to rural areas at such a fast rate is indeed a very expensive lesson to us,” the Marudi assemblyman  said of the cost of control, mitigation and welfare services borne by the authorities.

He was asked to comment on the statement by State Disaster Management Committee (SDMC) chairman Datuk Amar Douglas Uggah Embas that the heads of 214 longhouses affected by lockdowns had problems uniting and educating their charges to comply with the standard operating procedure (SOP) at the beginning of lockdown.

The best defence, according to Penguang, is for the longhouses and villages to stick to the guidelines set by the Ministry of Health on the prevention of this virus and for all longhouse and village chiefs to exercise their authority to strictly enforce the SOP and restrict people from coming in and going out of their longhouses by putting up gates and roadblocks.

“All kinds of gatherings in the longhouses must not be allowed or in the case of funerals, the SOPs laid down by the SDMC and Unit for Other Religions (Unifor) must be strictly adhered to,” he said.

According to the SOP by SDMC, only 30 close family members are allowed to attend wakes and a maximum of 20 for funerals.

Penguang said the rapid spread in the rural areas was compounded by community living and customary traditions in the longhouses, whose residents might have been exposed to the disease when attending funerals and other ceremonies of their extended families spread throughout the state.

In his constituency, 10 longhouses and villages were locked down but six had already completed the 14-day quarantine period following infections linked to the Saraus cluster in Beluru district beginning of last month.

In a departure from hospitality and traditions, residents took on a game-changing strategy by barring outsiders from entering their longhouses to stem the pandemic.

The government conducted community policing courses in October last year to educate longhouse chiefs on Covid-19 but lax enforcement had resulted in explosion of cases which Uggah likened to stubborn peat fire that is hard to control.

On Jan 9, Health director-general Dr Noor Hisham Abdullah had warned on Twitter of this danger, describing longhouse infections as the “greatest fear in rural areas’ when the first 37 cases from the Pasai Siong cluster in Sibu were detected.