Saturday, October 23
You are at:Home»News»PDP distributes 1,452 packs of chicken to EMCO-affected residents in Sibu Jaya 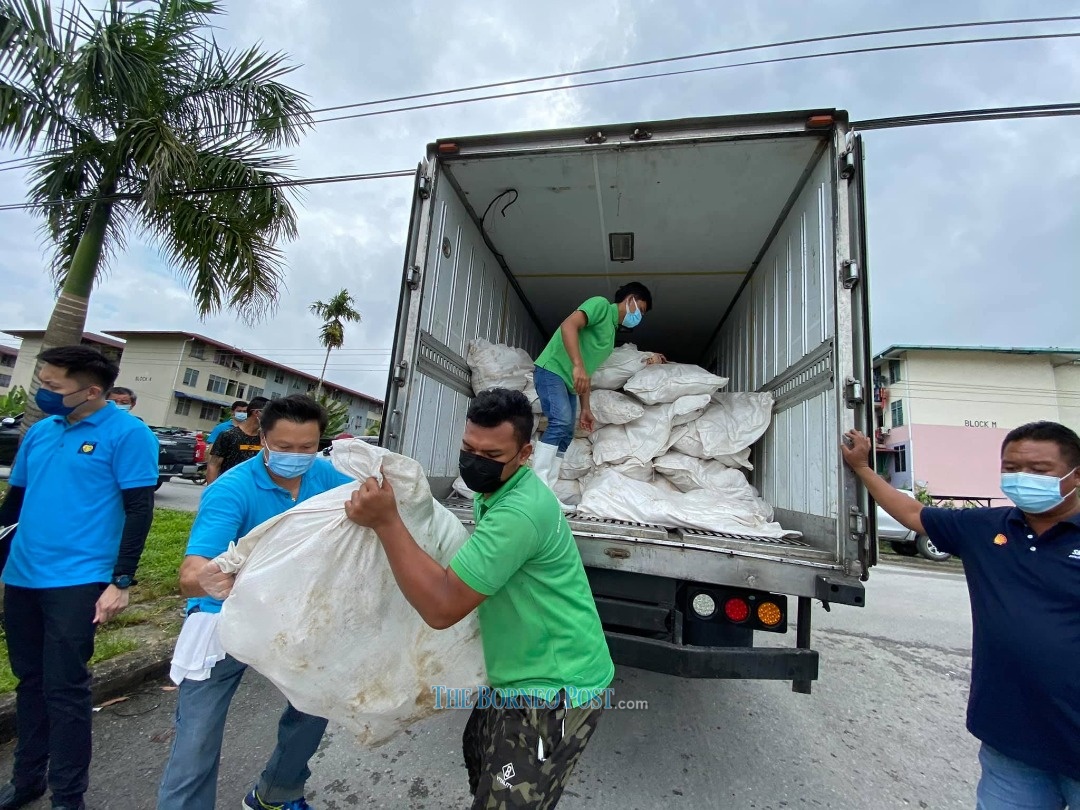 Packs of chicken meat to be distributed to residents in the flats and Town Villa area of Sibu Jaya.

SIBU (Feb 19): A total of 1,452 packs of chicken were distributed to residents at the flats and Town Villa of Sibu Jaya that are currently under Enhanced Movement Control Order (EMCO).

Progressive Democratic Party (PDP) Senior Vice President Teo Boon Siew said of the total, a total of 226 packages were distributed to residents in the Town Villa area while the rest were for flat occupants.

Teo said the distribution of aid was carried out by party members and assisted by members of the Royal Malaysian Police (PDRM) and the Malaysian Armed Forces (ATM).

“Many party members wanted to participate in helping to distribute the aid but we have to limit the number because we have to comply with Standard Operating Procedures (SOP),” he said when contacted earlier.

Teo said the assistance was distributed based on the list of residents obtained from the Social Welfare Department (JKM).

He explained that for the residents who have not received the assistance of the chicken meat, they will get their share once there is an updated list of eligible recipients from JKM.

Meanwhile, a recipient of the aid, Liman Dato, 55, said he was grateful when the authorities took swift action by distributing such assistance to his family who are among those subjected under EMCO.

He said, the distribution of the aid on the eighth day of EMCO gave encouragement to their family because they could not go about their daily work, causing the source of income to be affected.

Liman also hoped that the authorities would continue to channel various forms of assistance to ease the burden of their lives.

Another recipient of the aid, Muhammad Sepian, 46, said that the assistance was quite meaningful to his family because it not only reduced the movement out of the house during EMCO, but also reduced the cost of buying necessities.