Wednesday, August 10
You are at:Home»News»Sabah»Bung: Umno Sabah for all races 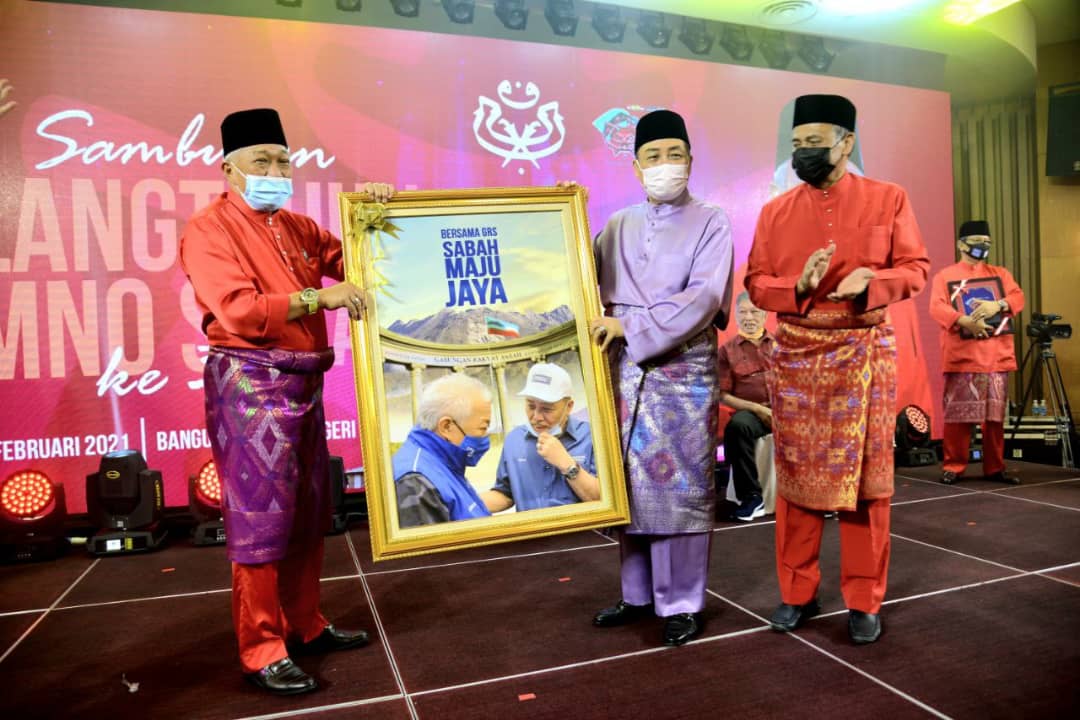 The Deputy Chief Minister stressed that Umno Sabah has never played up racial issues and instead, has taken care of the welfare of all the races in the state.

Bung Moktar said this when speaking to the media after Umno Sabah’s 30th  anniversary celebration here on Saturday night.

“Race-based politics is not good which is why Umno Sabah has multi-racial and multi-religious members. Umno Sabah has never played up racial issues as we take care of the welfare of all races, we treat all equally,” said Bung Moktar when asked about a study finding that the public nowadays are not too taken with race-based politics.

The Kinabatangan Member of Parliament said Umno Sabah had experienced its share off ups and downs in the last 30 years but because of the party’s high level of commitment, bravery and unrelenting efforts in championing the rights of the people, it will continue to make positive strides in the future.

“Leaders come and go but the fight to develop the state and bring process to the people remains our priority. We will ensure that this is done through Gabungan Rakyat Sabah (GRS) as we have about four years to fulfill the demands and needs of the rakyat,” he said.

Bung Moktar who is also Lamag assemblyman stressed that GRS is committed to the common objective of driving the state’s economy and bringing development to the rakyat.

He also said that Umno Sabah is a part of the GRS government adding, “the most important thing is we contribute to help the development of the state and rakyat through GRS.”

GRS, he said is a good platform as it combines the peninsular-based parties with local parties in Sabah.

It is new therefore the need to discuss on a lot of matters to ensure that the issues are ironed out and the government can administer smoothly, he said adding, “we also need to discuss about our halatuju where the rakyat’s welfare is concerned. That is our priority.”

In his speech earlier, Bung Moktar pointed out that Umno Sabah has produced many state leaders some who  went on to head other parties in Sabah.

He also called on Umno Sabah members to work with the GRS government as Sabahans need their service to resolve issues and bring the state to a higher level.

“Strengthen the solidarity, update the machinery, close ranks and put aside petty issues. We have a bigger agenda and that is to help Sabah and the rakyat develop as well as progress,” he stressed.

Bung Moktar who was asked to comment on the call by some of Umno’s grassroots leaders for Zahid’s resignation said Umno Sabah’s stand is that it will support the leader of the day.

“Umno Sabah will always support the party’s leader of the day. We need to see that this is politics is systematic. If the grassroots do not support their leader, other people will share the same sentiment,” he pointed out.