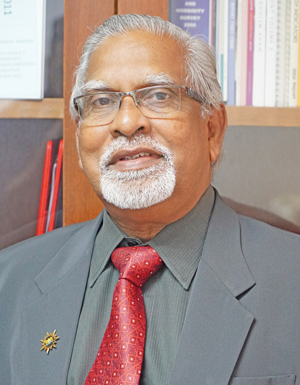 According to MMA president Prof Datuk Dr Subramaniam Muniandy, the association has been highlighting these issues to the ministry and the federal cabinet since 2019, but they have yet to be addressed.

He stressed that if these issues continued to be left unaddressed, they would make the healthcare system in Malaysia to become worse, directly affecting the wellbeing of the people and indirectly ‘crippling the nation’s economy’.

In this regard, he observed that the lack of human resources in public healthcare had clearly presented a problem during the recent Covid-19 outbreak in Sabah.

The MMA president also pointed out there were about 10,000 permanent and contract-held doctors battling Covid-19 on the frontlines and in this matter, he regarded the current contract system for doctors as ‘messy, biased and a failure’.

“It (the contract system) has only given them uncertainties in their employment in the government service, and also in their future as healthcare professionals.

“There are no clear criteria for promotion to permanent service, and no concrete specialisation pathway (for them),” said Dr Subramaniam in a statement yesterday.

In this regard, he called for the criteria for absorption into permanent posts to be made available.

“Despite many calls made before the Covid-19 pandemic regarding the increase in permanent positions for our doctors, or for a systematic and organised 10-year extended contract pathway, all that we have received is ‘empty lip service from the powers that be’,” he pointed out.

Adding on, he noted an announcement by the Health Ministry on Jan 18 about 3,500 available positions for healthcare workers, but there had been no update about it since.

Moreover, Dr Subramaniam said the Health Ministry had not provided any update on the harmonisation of Grade UD 41 for on-contract medical officers with their permanent Grade UD 43/44 counterparts, despite all of them performing the same tasks and duties.

He also called for the critical allowances for healthcare workers to remain and only be reviewed for increment, highlighting them as ‘being critical in the country’s response to a medical crisis’.

Additionally, he also called for all annual leave of the healthcare workers that had been frozen due to the pandemic to be allowed for conversion into salaries, or to be brought forward at least up to a year after the Covid-19 situation had been brought under control.

“All these issues have been brought to the attention of Prime Minister Tan Sri Muhyiddin Yassin and the Health Ministry – and we are awaiting a response.

“Your support in speaking out for the needs of our healthcare workers would be greatly appreciated,” said Dr Subramaniam in his open letter to all 222 members of Parliament in the country.