Sunday, April 18
You are at:Home»News»4 new border control posts to be set up along Malaysia-Indonesia border, says Army chief 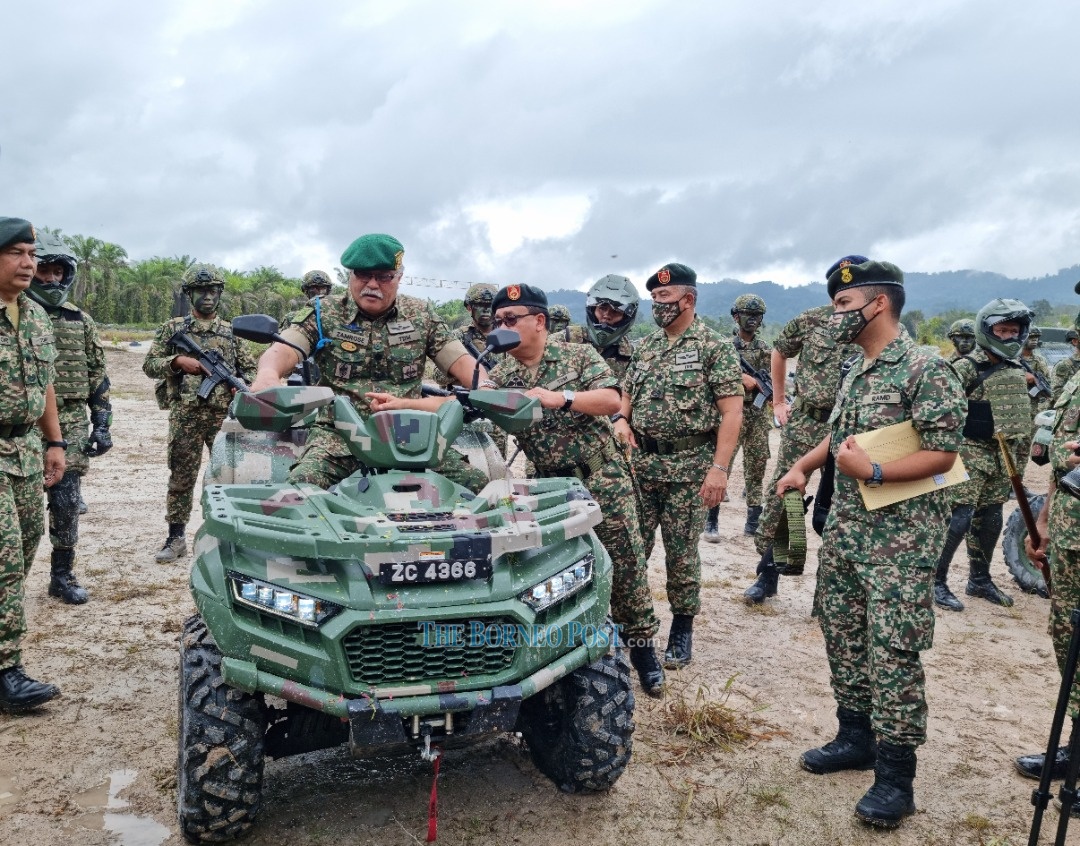 Zamrose seen riding one of the All-Terrain Vehicles (ATV).

“The Malaysian government has approved the funding to set up the posts, with the sites approved by the Sarawak government. Construction works have already begun and are expected to be completed in August this year.

“Sarawak currently has 15 control posts – with the addition of four new posts, this brings the total control posts to 19,” he added.

He said this when met by reporters after officiating the handover ceremony of Op Benteng assets for the Malaysian Army (TDM) Eastern Field Command in Serikin today.

In bolstering the defence capabilities in Sarawak and Sabah, Zamrose said TDM has mobilised one third of its strength in terms of assets, human resources and restructuring.

This, he added, was part of TDM’s Strategic Plan for 2021-2025 in an effort to balance its strength for Peninsular Malaysia as well as Sarawak and Sabah.

With new assets such as scrambler motorcycles, All-Terrain Vehicles (ATVs), pick-ups and drones, he added that the Army can conduct its operations in hard-to-reach places along the border.

“If we look at the terrain in Sarawak – if we go to areas such as Ba’Kelalan, Bario, Lubok Antu, Biawak and Serikin, we can see that the roads are difficult (to traverse) and the areas are hilly.

“We have no problem mobilising the army personnel to conduct patrols on foot, but this has been proven difficult. With these new assets, they will ease their movement so that they can carry out operations effectively.

“Of course we have achieved a lot in Op Benteng, and I believe more can be achieved with these new assets,” he added.