Sunday, March 7
You are at:Home»News»Sabah»No devt project should be delayed – CM 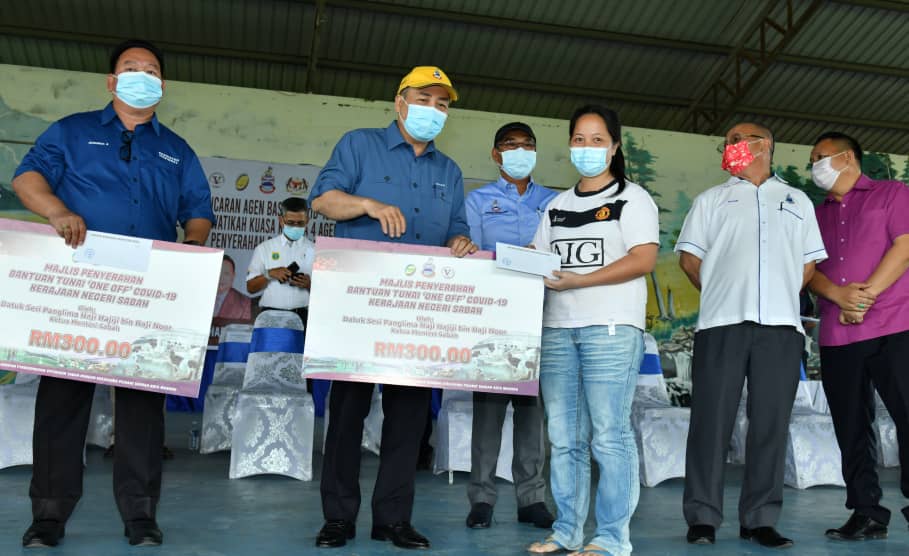 Hajiji handing over the one-off cash aid to one of the livestock operators in Kota Marudu held at the Pentas Utama, Dataran Kota Marudu.

KOTA MARUDU: All government department heads and officers are called to ease the flow of government developments or projects that have already been approved and given allocations.

Chief Minister Datuk Seri Panglima Hajiji Haji Noor said the development is important as it is for the people.

He also stressed that no development project should be delayed as it is a loss for the people.

“As the Chief Minister of the new government, I want the government’s projects to be sped up.

“As heads (of departments), we can use our discretion or intelligence in addressing problems like that. If not, the development will be delayed because of challenges that can be addressed and this will be a loss to the people who are really in need of it,” he said after attending a briefing on Kota Marudu development today.

Hajiji also stressed the importance of placing the needs of the people.

He added that problems that stopped the government from bringing development to the people must be addressed.

“Don’t allow the pandemic to stop moving. Because of that, when Sabah is under the Conditional Movement Control Order (CMCO) presently, I am taking this opportunity to visit the districts and learn about the development problems facing all districts in Sabah,” he said.

This involved about 57.56 percent of payments via the implementation of the Sabah Prihatin Covid-19 2.0 assistance which was announced on January 16.