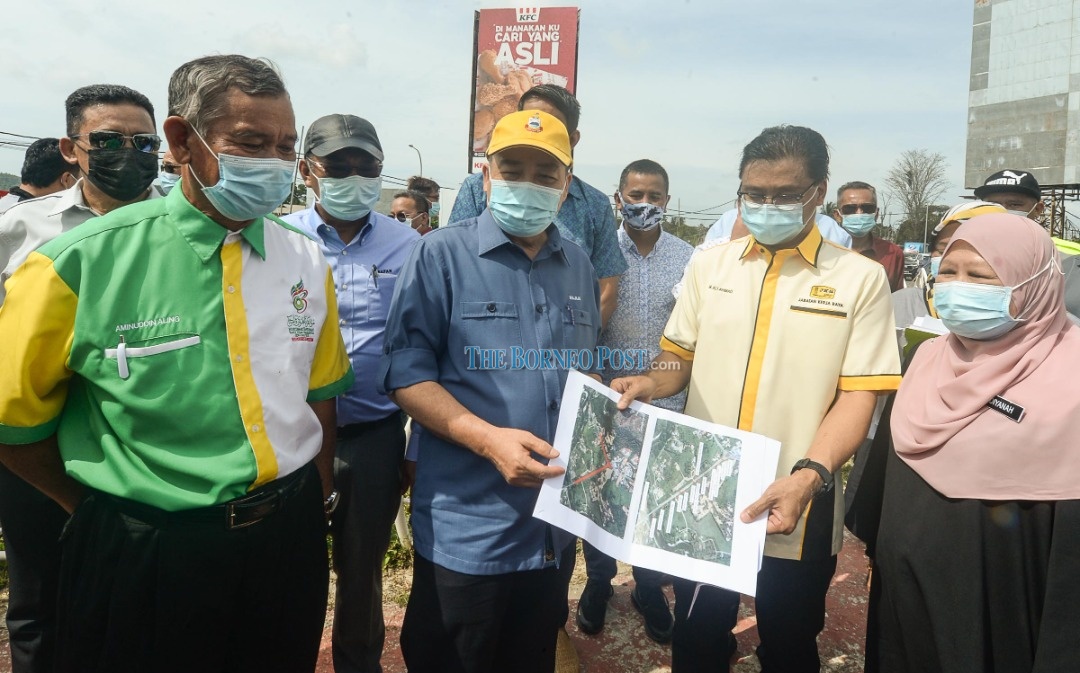 Chief Minister Datuk Seri Hajiji Noor (centre) with PWD Director Ir Ali Ahmad showing the road that will be upgraded during the working visit to the Kota Belud Roundabout on Monday.

Visiting the area on Monday, he said decisive steps must be taken since the road was crucial in linking Kota Marudu, Kudat and Pitas to the Kota Kinabalu City.

During the visit, Hajiji was briefed by Public Works Department (PWD) Director Ir Ali Ahmad that in the past two years since 2019, it had been inundated 28 times causing inconvenience to thousands of motorists.

This year alone, the road had already been flooded on five occasions.

“I have been informed that motorists have to wait up to one day before they can pass the road. So, we have to take immediate steps to address the problem,” he said.

The solution was to elevate some 550 metres of the road beginning from the Kota Belud roundabout to the Sungai Gurong-Gurong Bridge and a few metres towards the town area.

The sewerage and drainage system would also be upgraded.

“Construction will start as soon as possible,” said Hajiji.