Sunday, February 28
You are at:Home»News»Sabah»Construction work delayed by six months due to MCO 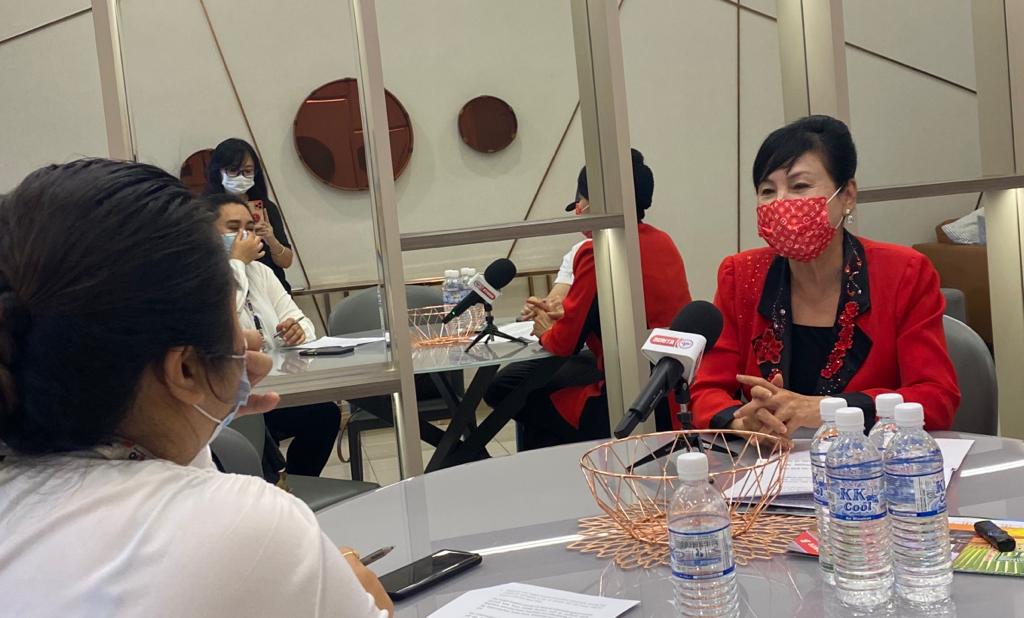 Susan sharing her perspective on the property industry in an interview with RTM.

KOTA KINABALU: The Covid-19 pandemic and implementation of the Movement Control Order (MCO) has affected the construction and housing development industry as all construction works had to be shut down for several months in compliance with the Covid-19 standard operating procedures (SOPs) and regulations, said prominent property developer Datuk Susan Wong Siew Guen.

As a result, she said the progress of construction work was delayed by at least six months due to the MCO.

Susan, who is the Managing Director of WSG Group said the temporary closure of sales and marketing office has also badly affected the sales of houses, apartments, condominiums and shoplots.
“This in turn slows down our income collection, making business tough to survive due to tight cashflow,” she said in an interview by RTM here.

During the MCO period, she said the government has restricted the movement of people which indirectly affected sales as potential buyers could not personally visit and view the show units and make bookings.

“In addition, many people have lost their income and business, especially for those in the tourism and hotel sectors.

“Consequently, this weakens the purchasing power of consumers for properties.”

In light of the shift towards online shopping under the new norm, she said the WSG Group has been promoting its housing projects via online advertisement on Facebook and Zoom, as well as newspaper publications and other channels during the MCO period to attract prospective buyers in viewing, purchasing and paying for the properties they desired online.

Nowadays, Susan said her target buyers were mostly federal and state government servants who had steady income, including medical staff and teachers, as well as those whose business were not affected by the pandemic, such as supermarket, fresh mart and essential retail services.

She, however, expressed regret over the Federal Government’s move to slash the RM30,000 incentive for first home buyers under the MyHome Scheme in the Budget 2021 in order to direct more resources into fighting the Covid-19 pandemic.

With the economy improving, she hoped that the Federal Government could consider reinstating the MyHome Scheme for first home buyers to enable young people to own affordable houses priced below RM500,000.

On Human Resources Minister Datuk Seri M. Saravanan’s announcement that the Workers’ Minimum Standards of Housing and Amenities Act 1990 would be enforced in Sabah and Sarawak, Susan said implementing the act in East Malaysia would definitely increase the cost of construction and development for housing projects.

Despite the high cost, she said the act would create better living environment for workers and thus was good for the industry.

Nevertheless, she hoped that the government would consider giving employers more time and a grace period before implementing the act in Sabah and Sarawak.